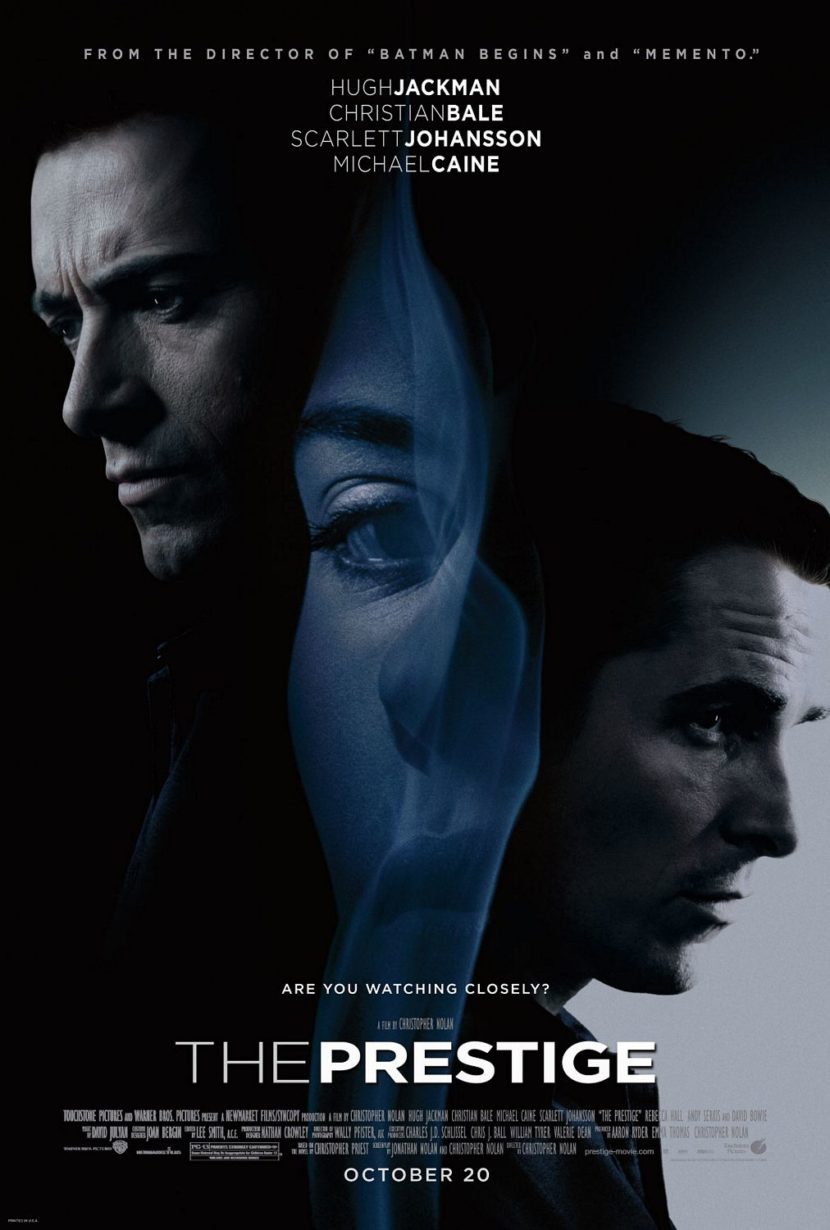 The Prestige is a 2006 thriller drama film directed by Christopher Nolan, from a screenplay adapted by Nolan and his brother Jonathan from Christopher Priest‘s 1995 World Fantasy Award-winning novel of the same name. The story follows Robert Angier and Alfred Borden, rival stage magicians in London at the end of the 19th century. Obsessed with creating the best stage illusion, they engage in competitive one-upmanship with tragic results.

A co-production between Touchstone Pictures and Warner Bros. Pictures, the film was released on October 20, 2006, receiving positive reviews and strong box office results, and received Academy Award nominations for Best Cinematography and Best Art Direction. Along with The Illusionist and Scoop, The Prestige was one of three films in 2006 to explore the world of stage magicians.