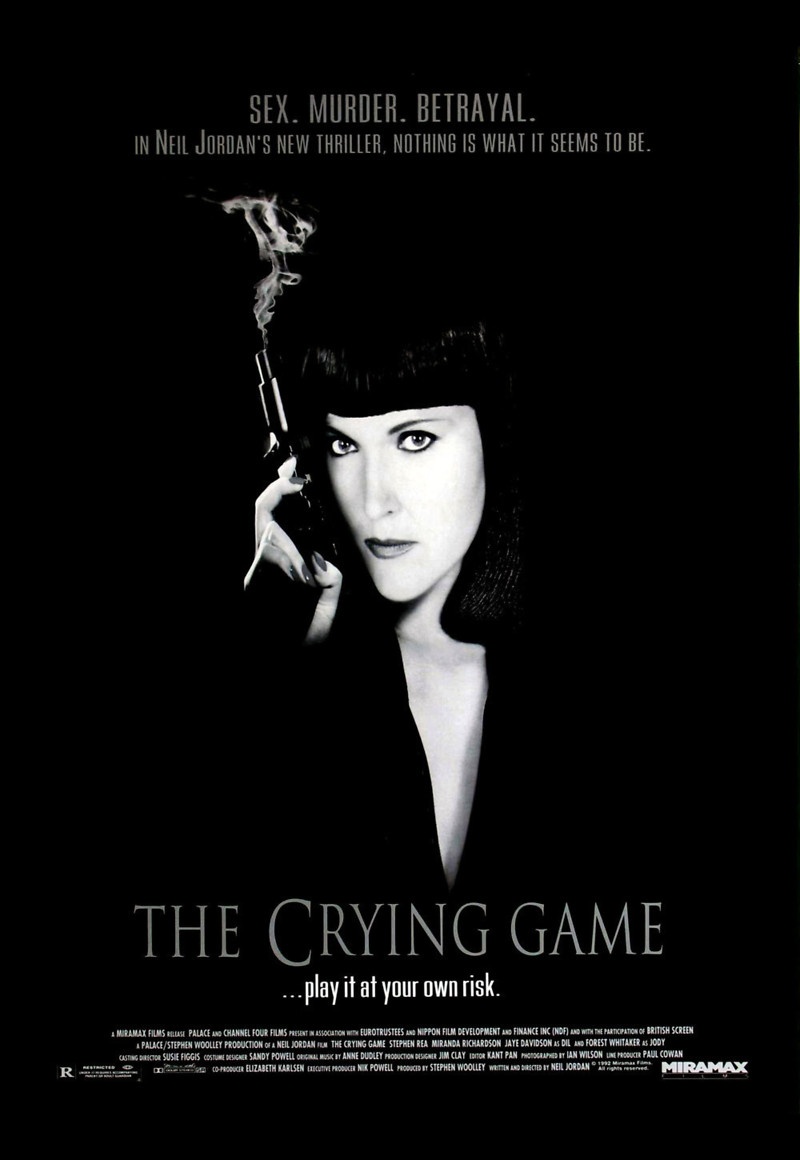 The Crying Game is a 1992 Irish psychological thriller drama film written and directed by Neil Jordan. The film explores themes of race, gender, nationality, and sexuality against the backdrop of the Irish Troubles.

The Crying Game is about the experiences of the main character, Fergus (Stephen Rea), as a member of the IRA, his brief but meaningful encounter with Jody (Forest Whitaker) who is held prisoner by the group, and his unexpected romantic relationship with Jody’s girlfriend, Dil (Jaye Davidson) whom Fergus promised Jody he would protect. However, unexpected events force Fergus to decide what he wants for the future, and ultimately what his nature dictates he must do.