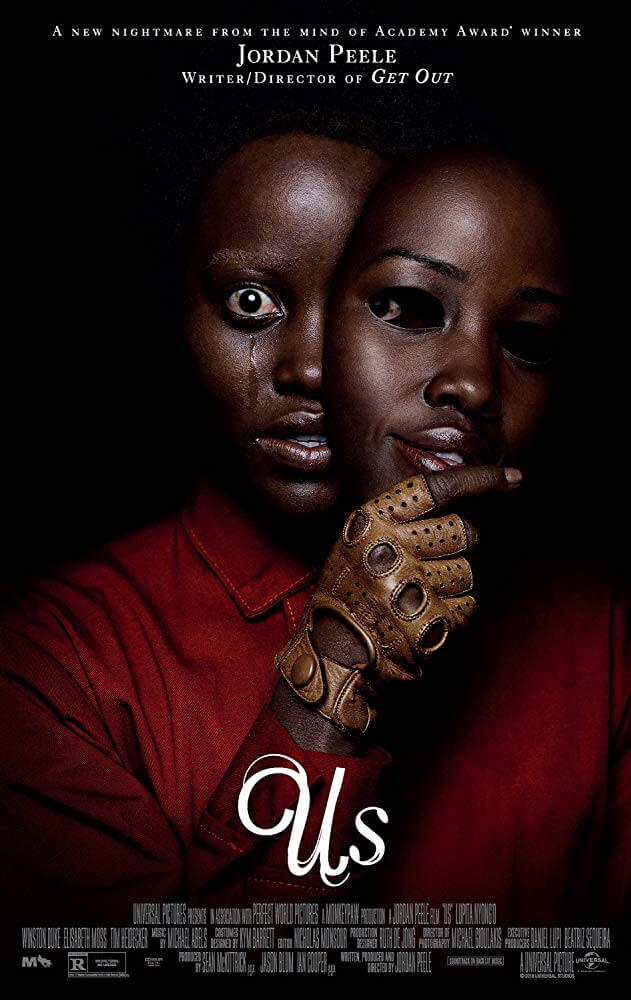 The project was first announced in February 2018, and much of the cast joined that summer. Peele produced the film alongside Jason Blum and Sean McKittrick (with the trio previously having collaborated on Get Out and BlacKkKlansman), as well as Ian Cooper. Filming took place from July to October 2018 in California, mostly in Los Angeles and Pasadena, but also in Santa Cruz.

Us had its world premiere at South by Southwest on March 8, 2019, and was theatrically released in the United States on March 22, 2019, by Universal Pictures. It was a commercial success, grossing $254 million worldwide against a budget of $20 million, and received praise for Peele’s screenplay and direction, as well as the musical score and Lupita Nyong’o’s performance.