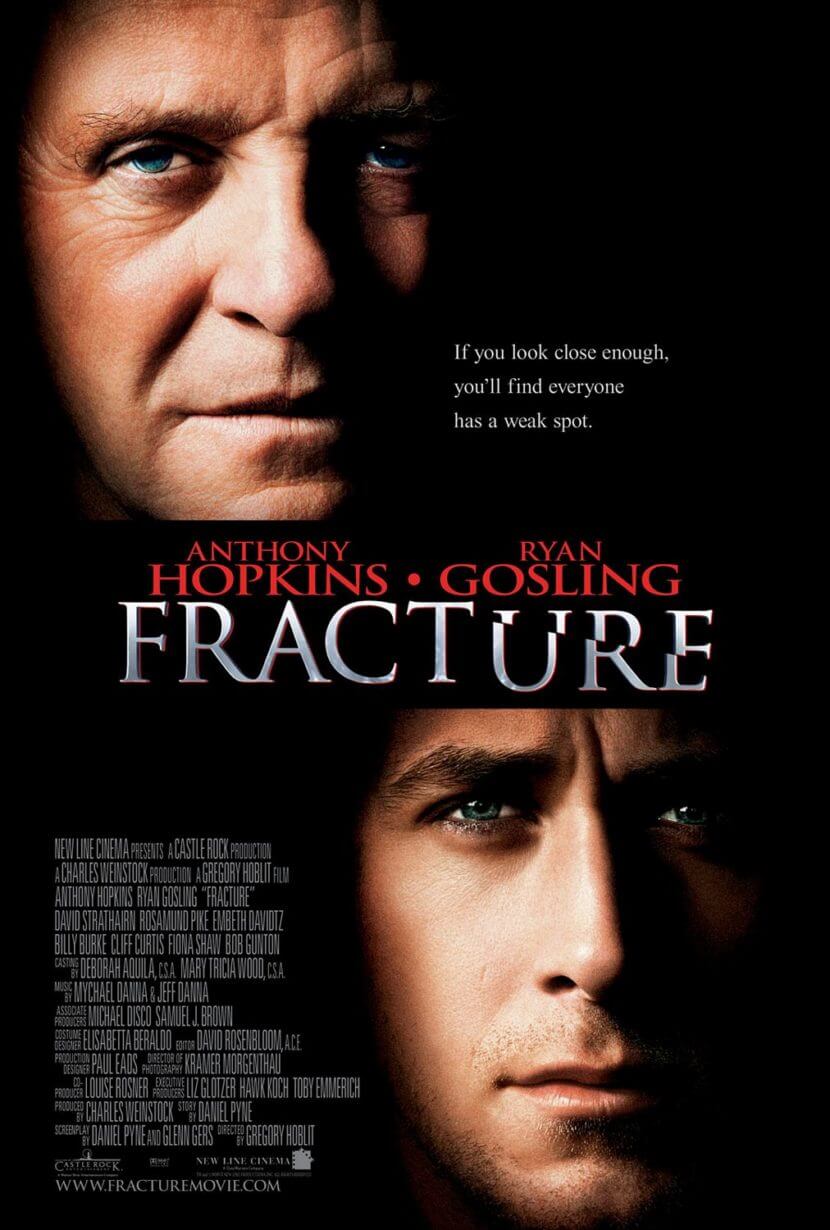 Fracture is a 2007 American-German legal thriller film, starring Anthony Hopkins and Ryan Gosling, and directed by Gregory Hoblit. It is the story of a man who shoots his cheating wife, placing her into a coma, and who then engages in a battle of wits with a young assistant district attorney. After the shooter achieves a dismissal of the case on lack of evidence, the assistant D.A. continues his obsessive mission to prove the man’s guilt.

The film received generally positive reviews from critics, and was a box office success, with worldwide revenues of $91.4 million after its $45 million production.