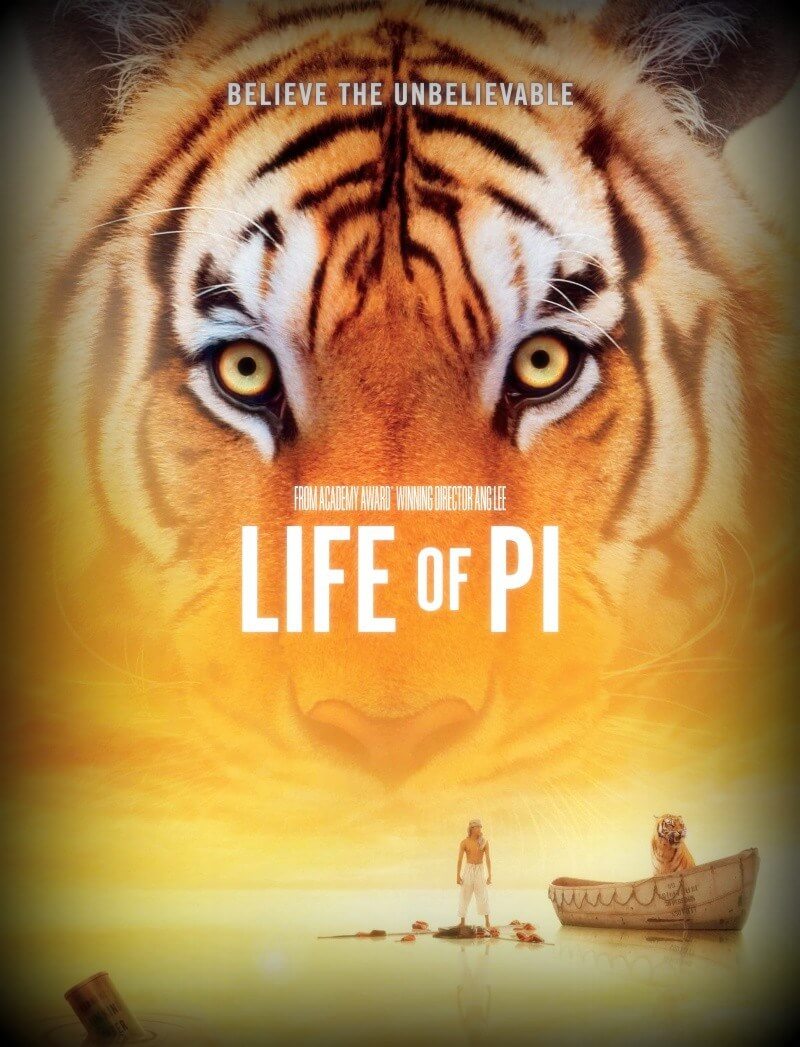 Life of Pi is a 2012 American survival drama film based on Yann Martel‘s 2001 novel of the same name. Directed by Ang Lee, the film’s adapted screenplay was written by David Magee, and it stars Suraj Sharma, Irrfan Khan, Rafe Spall, Tabu, Adil Hussain, and Gérard Depardieu. The storyline revolves around an Indian man named “Pi” Patel, telling a novelist about his life story, and how at 16 he survives a shipwreck in which his family dies, and is adrift in the Pacific Ocean on a lifeboat with a Bengal tiger. The film had its worldwide premiere as the opening film of the 51st New York Film Festival at both the Walter Reade Theater and Alice Tully Hall in New York City on September 28, 2012.

Life of Pi emerged as a critical and commercial success, earning over US$609 million worldwide. It was nominated for three Golden Globe Awards which included the Best Picture – Drama and the Best Director and won the Golden Globe Award for Best Original Score. At the 85th Academy Awards it had eleven nominations, including Best Picture and Best Adapted Screenplay, and won four (the most for the event) including Best Director for Ang Lee.