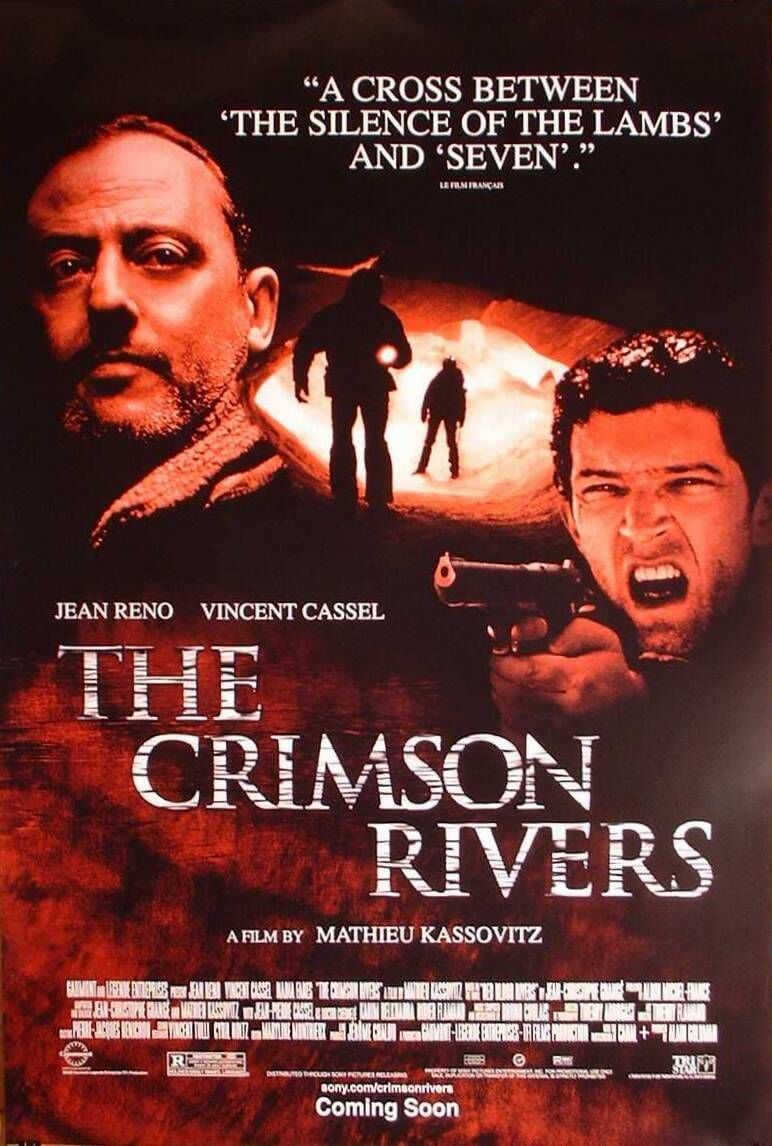 The Crimson Rivers (French: Les Rivières Pourpres) is a 2000 French psychological horror film starring Jean Reno and Vincent Cassel. The film, which was directed by Mathieu Kassovitz, is based on the best-selling novel Les Rivières Pourpres. Its screenplay was co-written by the book’s author, Jean-Christophe Grangé.

The film is about two detectives who investigate a series of grisly murders in and around an isolated university campus in the French Alps. With a $14 million budget, the movie went on to gross $60 million from a worldwide theatrical release.[3][4] Despite its box office success, one of its stars, Vincent Cassel admitted, “I can’t help explain the film because I didn’t understand it! We cut out everything in the film that was explanatory, therefore ‘boring’ [according to the director]. You end up with a film that’s not boring but you don’t understand it [at] all.”[5]