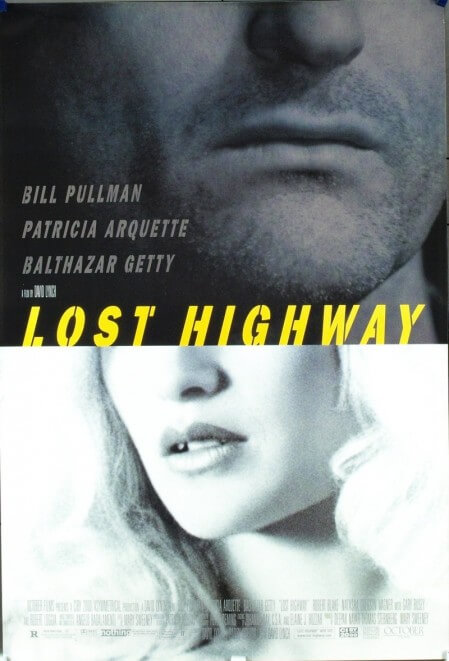 Lost Highway is a 1997 French-American film written and directed by David Lynch. It stars Bill Pullman as a man convicted of murdering his wife (Patricia Arquette), after which he inexplicably morphs into a young mechanic and begins leading a new life. The movie, which has noir elements, features the last film appearances of Robert Blake, Jack Nance, and Richard Pryor, and the acting debut of Marilyn Manson.

Lynch co-wrote the screenplay with Barry Gifford, whose novel served as the basis for Lynch’s film Wild at Heart (1990). Lynch conceived Lost Highway after the critical and box office failure of Twin Peaks: Fire Walk with Me (1992), a film adaptation and follow-up to the cult television series Twin Peaks.

Despite receiving mixed reviews upon release, Lost Highway has developed a cult following and is greatly admired by some critics.[4] In 2003, the film was adapted as an opera.