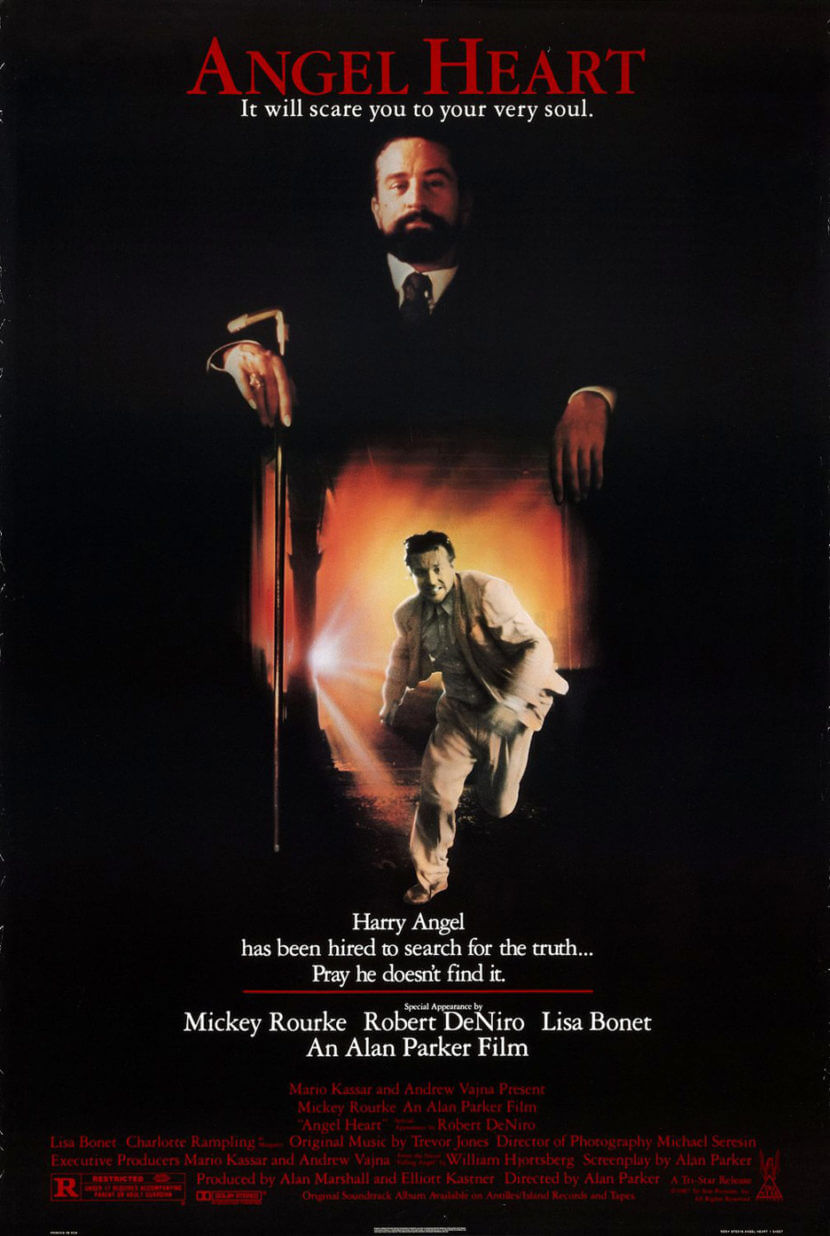 Following publication of the novel, Hjortsberg began developing a screenplay for a film adaptation, but found that no film studio was willing to produce his script. The project resurfaced in 1985, when producer Elliott Kastner brought the book to Parker’s attention. Parker began work on a new script, and in doing so, made several changes from Hjortsberg’s novel. Angel Heart was produced by the independent film studio Carolco Pictures with a budget of $18 million. Principal photography commenced in March 1986 and concluded in June of that year. Filming took place on location in New York City and New Orleans.

Before its release, Angel Heart gained controversy for its casting of Bonet (then known for her role on the family-oriented sitcom The Cosby Show) and her graphic sex scene with Rourke, which faced censorship issues from the Motion Picture Association of America. Parker was forced to remove ten seconds of sexual content to avoid an “X” rating and secure the “R” rating that the film’s distributor, Tri-Star Pictures, wanted. An unrated version of the film was later released on home video. Angel Heart received mixed reviews and underperformed at the North American box office, grossing $17 million during its theatrical run. It has since gained a cult following, with some reviewers calling it one of the best horror films ever made.