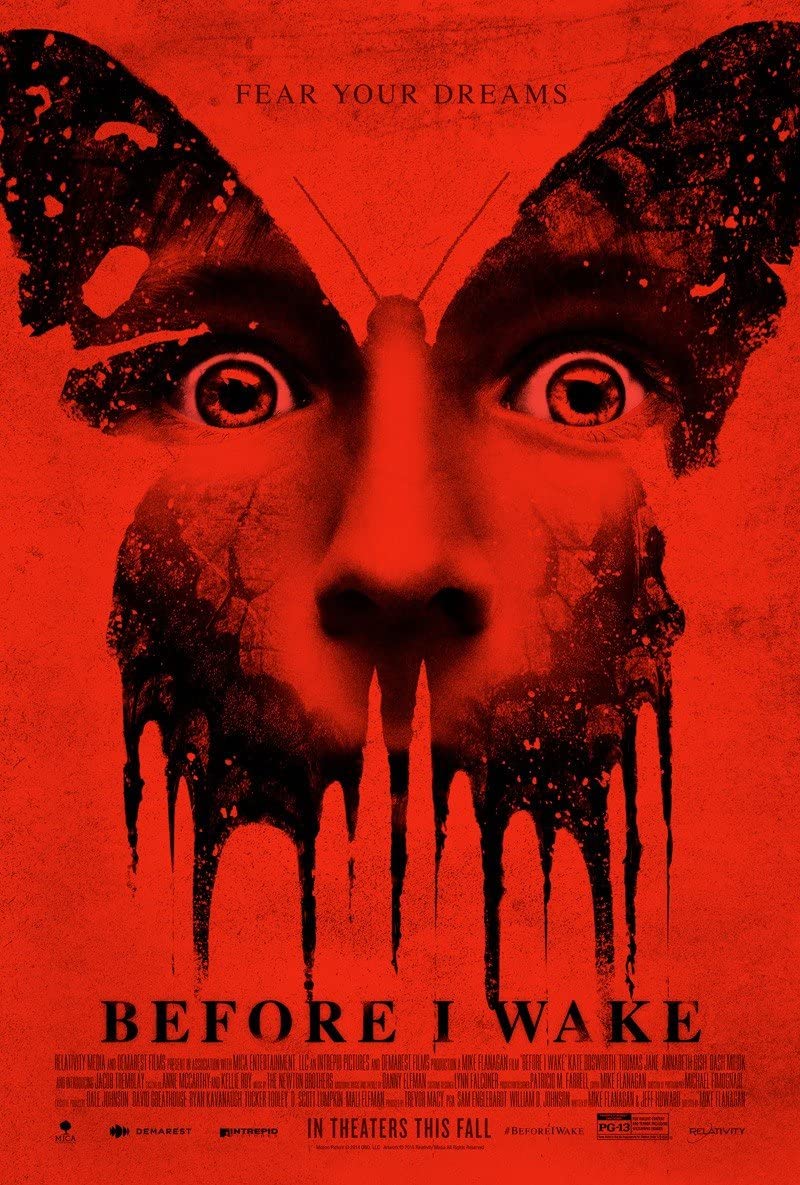 Before I Wake (also known as Somnia) is a 2016 American horror film directed and edited by Mike Flanagan and co-written by Flanagan and Jeff Howard. The film stars Kate Bosworth, Thomas Jane, Jacob Tremblay, Annabeth Gish, and Dash Mihok.

Before I Wake had its world premiere at Fantasia on July 31, 2016 and was theatrically released in the United States on January 5, 2018, by Netflix. The film grossed over $4.9 million worldwide and received favourable reviews from critics, with many praising the performances, visual effects and the horror elements, but criticism for its screenplay and characters.