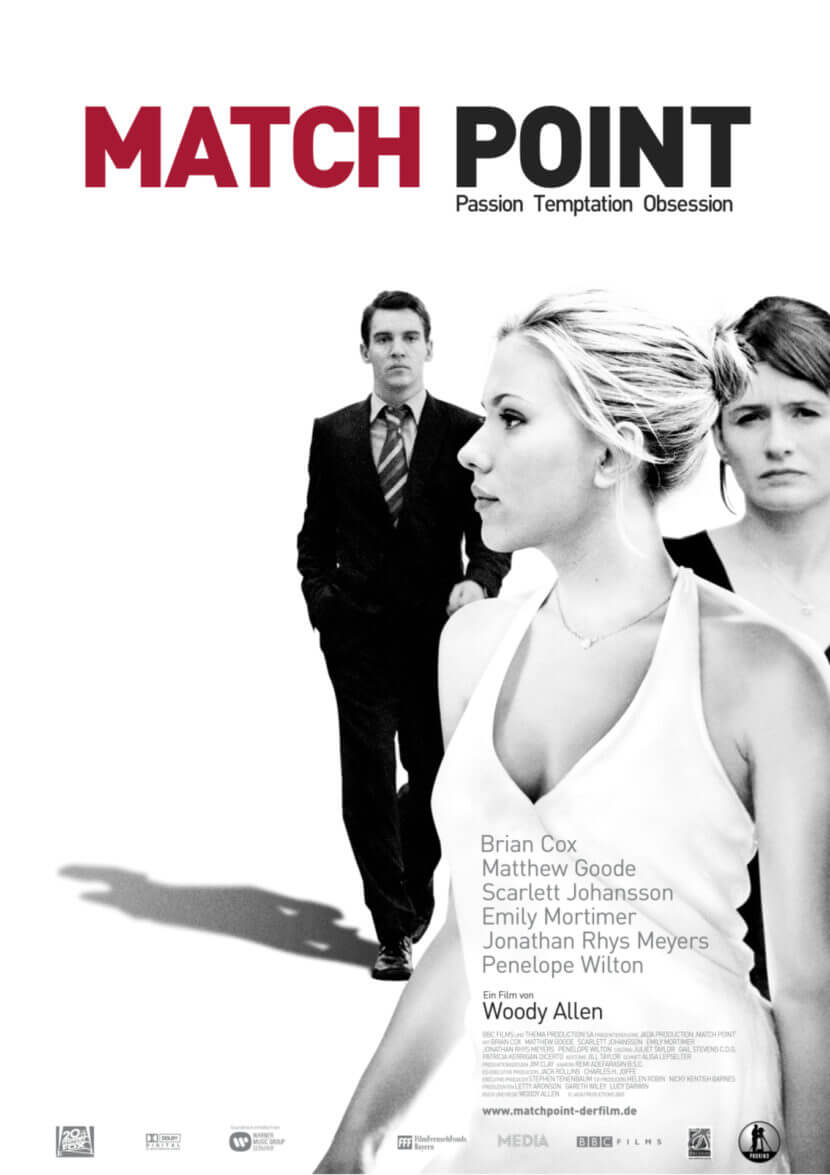 Match Point is a 2005 psychological thriller film written and directed by Woody Allen, starring Jonathan Rhys Meyers, Scarlett Johansson, Emily Mortimer, Matthew Goode, Brian Cox, and Penelope Wilton. Rhys Meyers’s character marries into a wealthy family, but his social position is threatened by his affair with his brother-in-law’s girlfriend, played by Johansson. The film treats themes of morality, greed, and the roles of lust, money, and luck in life, leading many to compare it to Allen’s earlier film Crimes and Misdemeanors (1989). It was produced and filmed in London after Allen had difficulty finding financial support for the film in New York. The agreement obliged him to make it there using a cast and crew mostly from the United Kingdom. Allen quickly re-wrote the script, which was originally set in New York, for a British setting.

Critics in the United States praised the film and its British setting, and welcomed it as a return to form for Allen. In contrast, reviewers from the United Kingdom treated Match Point less favourably, finding fault with the locations and, especially, the idiom of the dialogue. Allen was also nominated for an Academy Award for Best Original Screenplay.