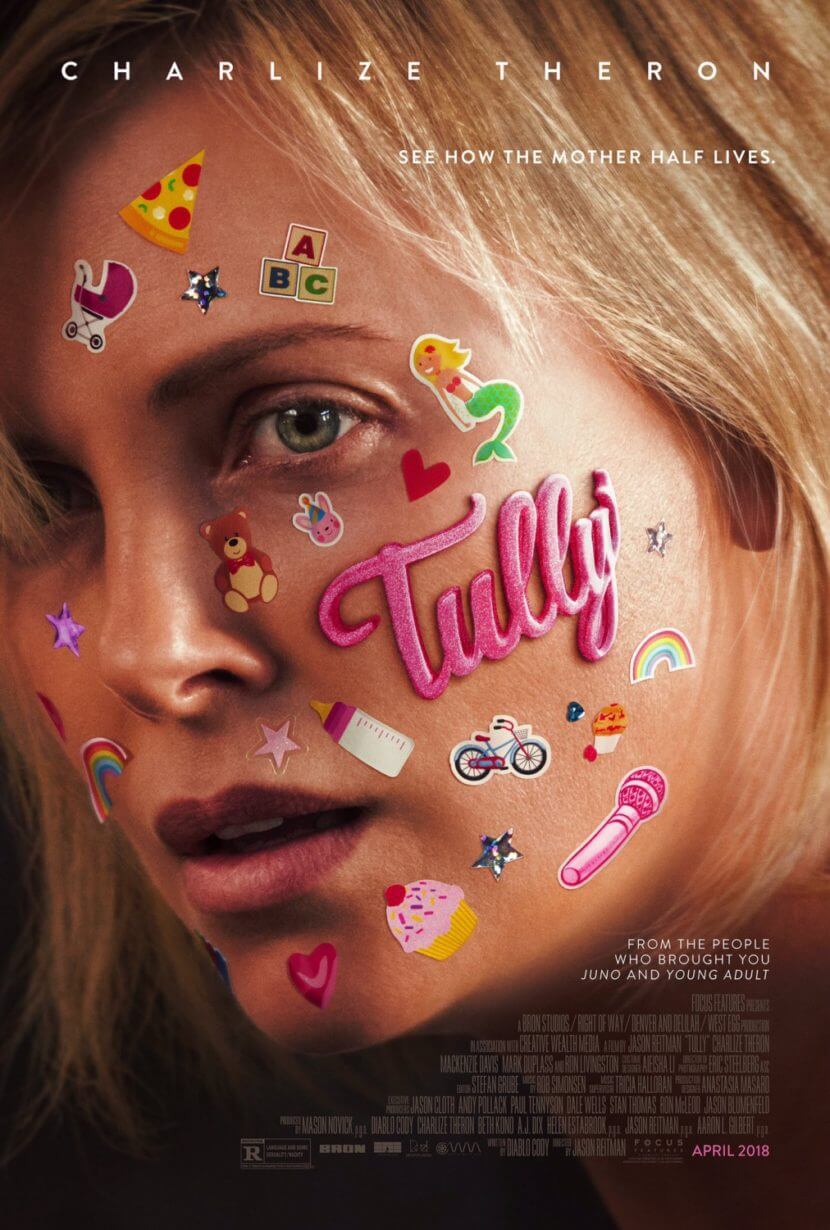 Tully is a 2018 American comedy-drama film directed by Jason Reitman and written by Diablo Cody. The film stars Charlize Theron, Mackenzie Davis, Mark Duplass, and Ron Livingston, and follows the friendship between a mother of three and her nanny. It is the fourth collaboration between Reitman and Cody, following Juno (2007), Jennifer’s Body (2009), and Young Adult (2011), the last of which also starred Theron.

The film premiered at the 2018 Sundance Film Festival, and was released in the United States on May 4, 2018, by Focus Features. It received mostly positive reviews from critics, praising Theron and Davis’s performances and the film’s portrayal of parenthood.