The Wretched / The Witch Next Door 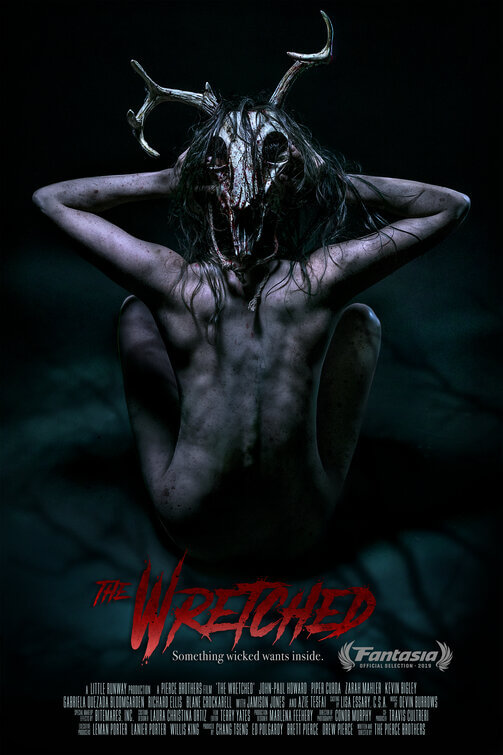 The Wretched is a 2019 American supernatural horror film written and directed by the Pierce Brothers. It stars John-Paul Howard, Piper Curda, Zarah Mahler, Kevin Bigley, Gabriela Quezada Bloomgarden, Richard Ellis, Blane Crockarell, Jamison Jones, and Azie Tesfai. The film follows a defiant teenage boy who faces off with an evil witch, who is posing as the neighbor next door.

The Wretched had its world premiere at the Fantasia International Film Festival on July 19, 2019, and was released in drive-in theaters and through Premium VOD on May 1, 2020. Due to the COVID-19 pandemic limiting the amount of films in theaters, The Wretched became the first film since Avatar (2009) to top the box office for six consecutive weekends.