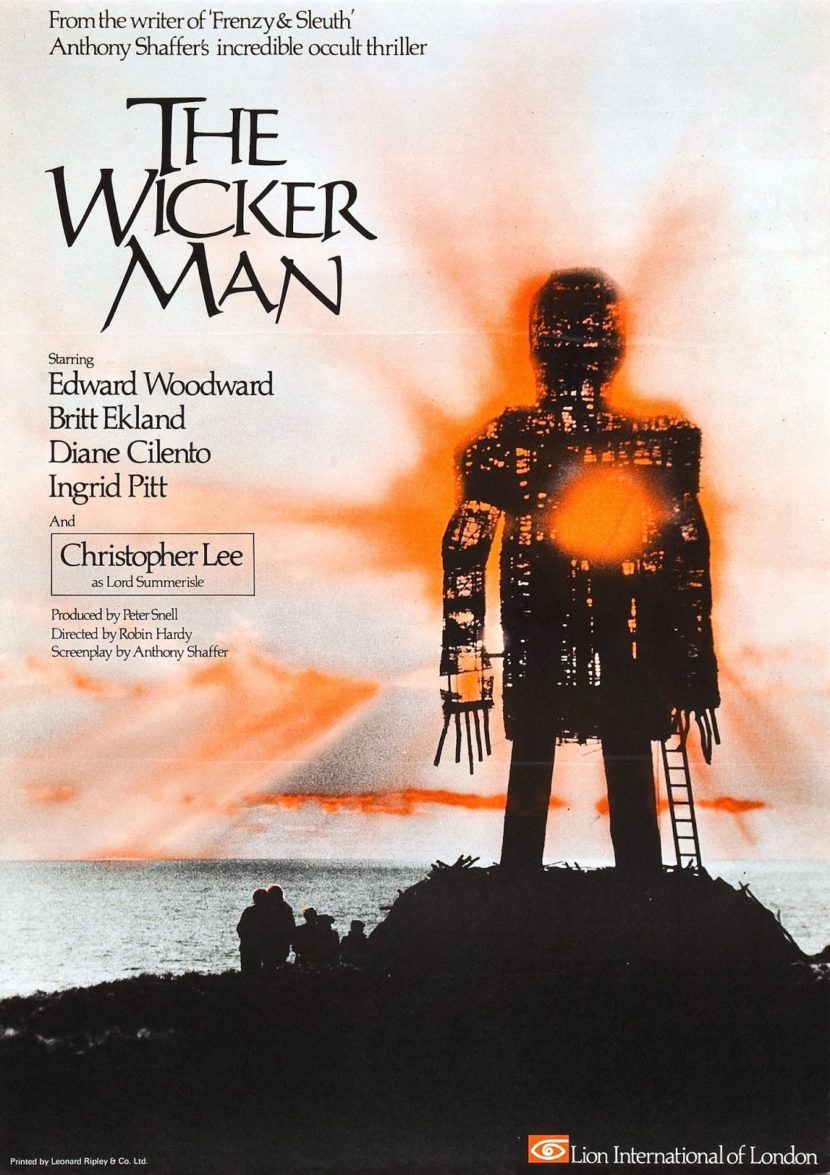 The Wicker Man is a 1973 British mystery horror film written by Anthony Shaffer and directed by Robin Hardy. The film stars Edward Woodward, Britt Ekland, Diane Cilento, Ingrid Pitt, and Christopher Lee. Paul Giovanni composed the soundtrack. The story was inspired by David Pinner‘s 1967 novel Ritual and centres on the visit of Police Sergeant Neil Howie to the isolated island of Summerisle, in search of a missing girl. Howie, a devout Christian, is appalled to find that the inhabitants of the island have abandoned Christianity and now practise a form of Celtic paganism.

The Wicker Man is generally well-regarded by critics. Film magazine Cinefantastique described it as “The Citizen Kane of horror movies”, and in 2004 the magazine Total Film named The Wicker Man the sixth greatest British film of all time. It also won the 1978 Saturn Award for Best Horror Film. The burning Wicker Man scene was No. 45 on Bravo‘s 100 Scariest Movie Moments. During the 2012 Summer Olympics opening ceremony, the film was included as part of a sequence that celebrated British cinema. In 2013, a copy of the original U.S. theatrical version was digitally restored and released.

In 1989, Shaffer wrote a script treatment for The Loathsome Lambton Worm, a direct sequel with fantasy elements. Hardy had no interest in the project, and it was never produced. In 2006, an ill-received[3] American remake was released, from which Hardy and others involved with the original have dissociated themselves. In 2011, a spiritual sequel entitled The Wicker Tree was released to mixed reviews. This film was also directed by Hardy, and featured Lee in a cameo appearance. Hardy is currently developing his next film, The Wrath of the Gods, which will complete The Wicker Man Trilogy.[4][5]