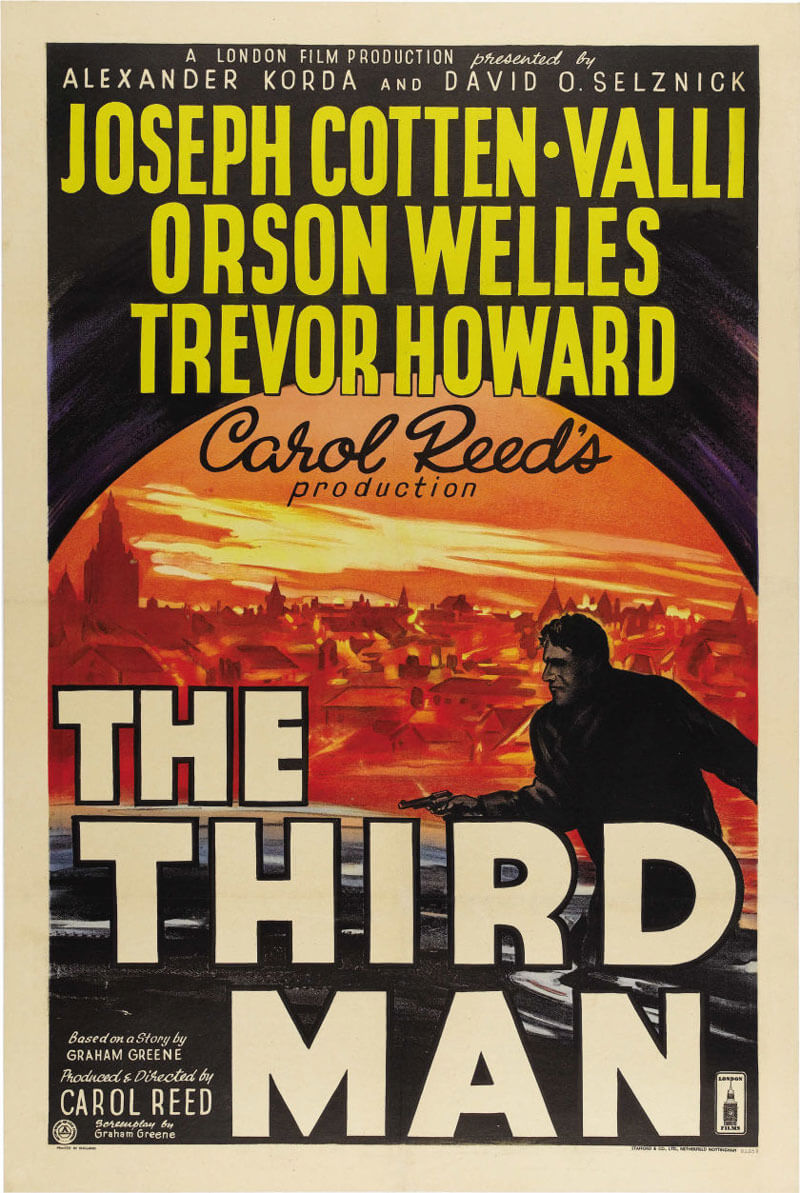 The Third Man is a 1949 British film noir, directed by Carol Reed and starring Joseph Cotten, Alida Valli, Orson Welles, and Trevor Howard. It is considered one of the greatest films of all time, celebrated for its acting, musical score and atmospheric cinematography.[5] Novelist Graham Greene wrote the screenplay and subsequently published the novella of the same name (originally written as preparation for the screenplay). Anton Karas wrote and performed the score, which used only the zither; its title music “The Third Man Theme” topped the international music charts in 1950, bringing the previously unknown performer international fame.