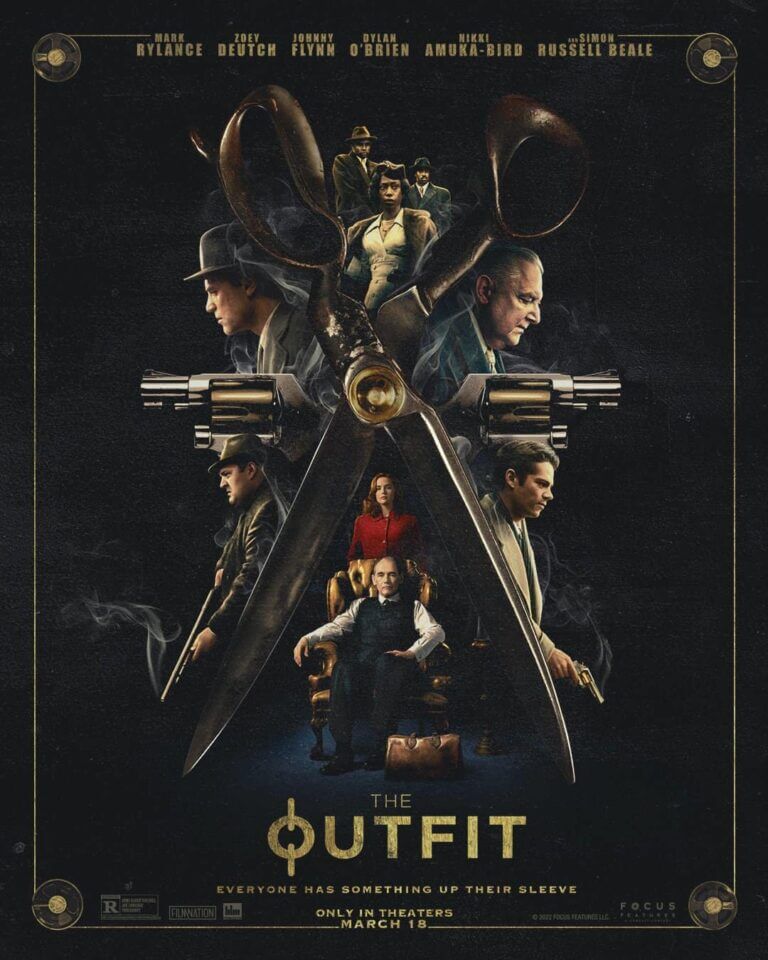 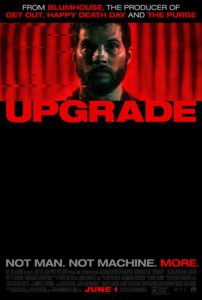 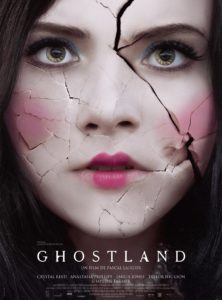 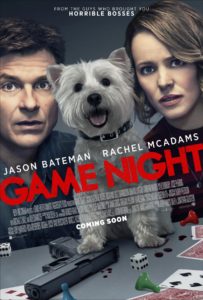 The Outfit is a psychological crime and period-based movie directed and written by Graham Moore as his debut directorial screenplay along with Johnathan McClain. This film endures the main protagonist Mark Rylance as a British tailor in the movie. Who better call himself “the cutter” instead. This movie includes other notable artists like Dylan O’Brien, Johnny Flynn, Zoey Deutch, Simon Russell and Nikki Amuka-Bird as the main characters.

Graham Moore has undoubtedly directed this film with twisted and submerged subplots. The audience will never find out the actual plot till they watch throughout its end. First of all, Moore takes the attention towards the setting of 1950’s. Where Mark Rylance as Leonard Burling is engaged in sewing the clothes in his tailor shop. Don’t dare to call him tailor as he calls himself cutter rather. He proudly talks about his training in Savile Row while living in England with his family. He thus moved to Chicago due to war of blue jeans in England. While he provides ceiling for a patriarch gangster family who are indulged in some crime business. None of his concern, he continues to do his job along with his receptionist Mable. Francis and Richie uses his shop as a trade centre to obtain a tape that was bugged by FBI. They suspect someone from their crew and eagerly wanted to kill him. Moving along the suspense and mystery through the main plot, some distinguished subplots grabs the attention of the viewers to some other story action. The inducement of what happens to be the next is the finest feature of the main plot. The plot revolves around the main setting of Burling’s shop where all the mystery goes around but eventually with time. The audience can’t suspect when the actual story takes place. No character is worth ignoring the plot for sure. The script is based on one of the best-written crime and psychological-themed dramas.

The most potent character throughout the movie is of Mark Rylance, a British tailor named Leonard Burling who flew from London to Chicago for setting his business. His real rationale isn’t revealed till the end of the movie. He is not allowed to question of anything going in his surroundings. All because he owes a favor of his business setup by a gangster when he moved to Chicago. This old Mafioso Roy Boyle played by Simon Russell and his son Richie Boyle aka Dylan O’Brien. Richie is naive in his father business who takes some emotional steps in the film ending in some dreadful events. The character of Francis is marvellously achieved by Johnny Flynn who don’t give the hint of his actual side till the end of the movie. However, he works for Roy Boyle. Mable a young receptionist has been a concern for Burling. She runs an affair with Richie knowing him and crew activities. All the characters have splendidly moved the storyline to its climax through mixed plot twists.

The most creative and eye-catching element of the direction is the inclusion of suspense. Without suspense, this movie couldn’t mark its name in the cinema. The dialogue delivery of all the cast according to their character is worth notable. Especially Burling furnishes his character so well throughout the screenplay. The audience can’t find out his character shift until the end. The most intense scene is directed and performed so skillfully when Burling forcibly sews the wound with his cloth needle. A cutter becomes a professional surgeon! The movie has appealed in organizing its scenes, from surface to its intensity.

The elements like backstabbing, crime, murder, and deception move around every corner of the plot. The setting of the Mafia in America has lived in the story. Everything is promising when the actual story reveals at the time of the climax. Especially the character of Burling plays with other characters. Living in the world of gangsters around him, he learns to swindle others. No doubt, his character shifts with every twist in the plot.

This movie is an unbelievable period-based thriller genre. Every time the audience’s attention is pulled by another twist waiting to suspect more. This movie successfully portrayed the black era of the 1950s in Chicago when the world was run by gangsters. The plot turns its way to Mabel when she reveals her master plan. Such a combination of suspicion and deception. It’s quite perfect to assume the violence and suspense in crime-based stories. Like this storyline, the essence of the suspense is accentuated from the very beginning to the end.

The Outfit meets the neat production as this movie involves a single and main location. The tailor shop has been subjected to a set of gangsters’ involvement, conspiracies and delusion. Every secret has been kept under one roof until the climax comes when all is revealed. The movements of the camera and lights have given fuel to the performance of the characters while staying in a singular location. As the characters exchange dialogues, leave the audience judging them. The change in one dialogue can eventually change the character shift. Don’t let the film title confuse ourselves, it has double meaning, which is eventually revealed in the story.

The cinematography and back ground sound witnesses violence and brutality among the characters, which is intense and mind boggling. The direction lets the audience believe what they are witnessing in one scene. But the shift changes when another twist comes again in that very scene. It changes the belief once again!  The plot is not straightforward as the viewers may assume in the beginning. They just have to wait and watch until things change drastically till the end. This movie has fulfilled its rationale by providing the viewers with the best setting, character development and engaging plot. Overall, entertainment is the key thing in the movie that bonds the viewer’s attention to watch till the end. Graham Moore has undoubtedly given a masterpiece not only in writing a screenplay but directing elegantly a masterwork period-based classic physiological crime drama.