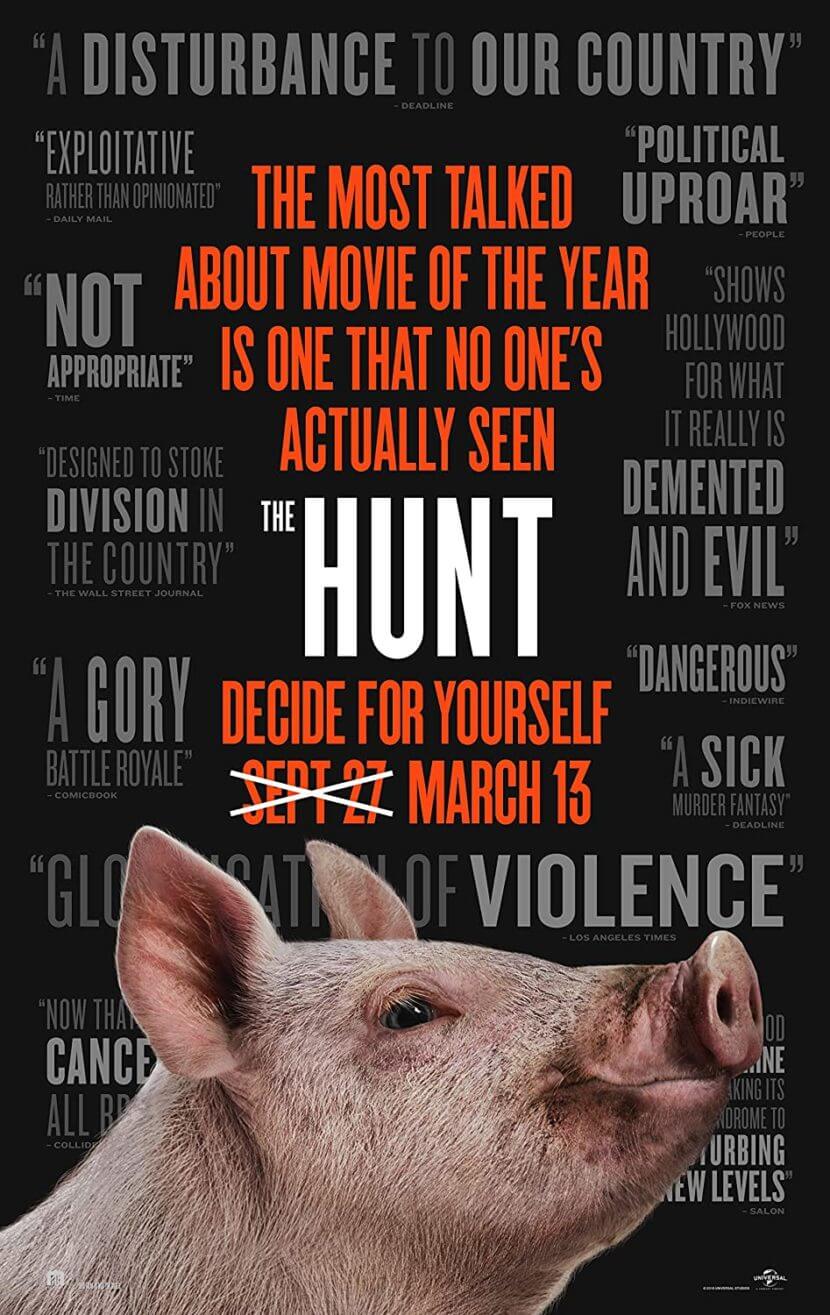 The Hunt is a 2020 American horror thriller film directed by Craig Zobel and written by Nick Cuse and Damon Lindelof. The film stars Betty Gilpin, Ike Barinholtz, Amy Madigan, Emma Roberts, Ethan Suplee, and Hilary Swank. Jason Blum serves as a producer under his Blumhouse Productions banner, along with Lindelof. Both Zobel and Lindelof have said that the film serves as a satire on the profound political divide between the American left and right.

The film was first announced in a March 2018, and the cast joined on a year later. Filming took place in New Orleans. The film was originally scheduled for release on September 27, 2019. However, following the Dayton and El Paso mass shootings in early August 2019, Universal Pictures decided to delay it. The film had also drawn criticisms from pundits on both sides of the political aisle, as well as U.S. President Donald Trump, for its perceived targeting of red-state voters and depiction of “liberal elites”.

The Hunt was theatrically released in the United States on March 13, 2020. It received mixed reviews from critics and grossed $11 million. The film’s financial shortcomings have been largely attributed to the COVID-19 pandemic which resulted in the worldwide closure of movie theaters. Universal made the film available digitally just a week after its theatrical release.