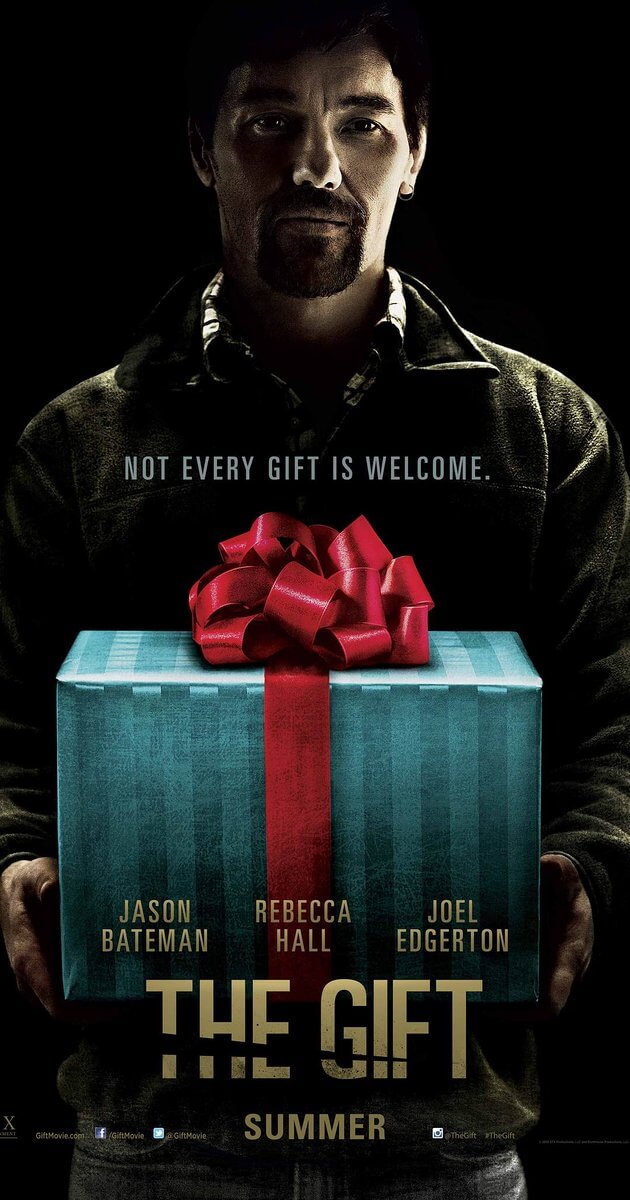 The Gift is a 2015 American-Australian psychological horror–thriller film written, co-produced, and directed by Joel Edgerton in his directorial debut, and co-produced by Jason Blum and Rebecca Yeldham. The film stars Jason Bateman and Rebecca Hall as a couple intimidated by a past figure played by Edgerton.

It was released in the United States on August 7, 2015, by STX Entertainment. The film grossed $59 million worldwide on a budget of $5 million.