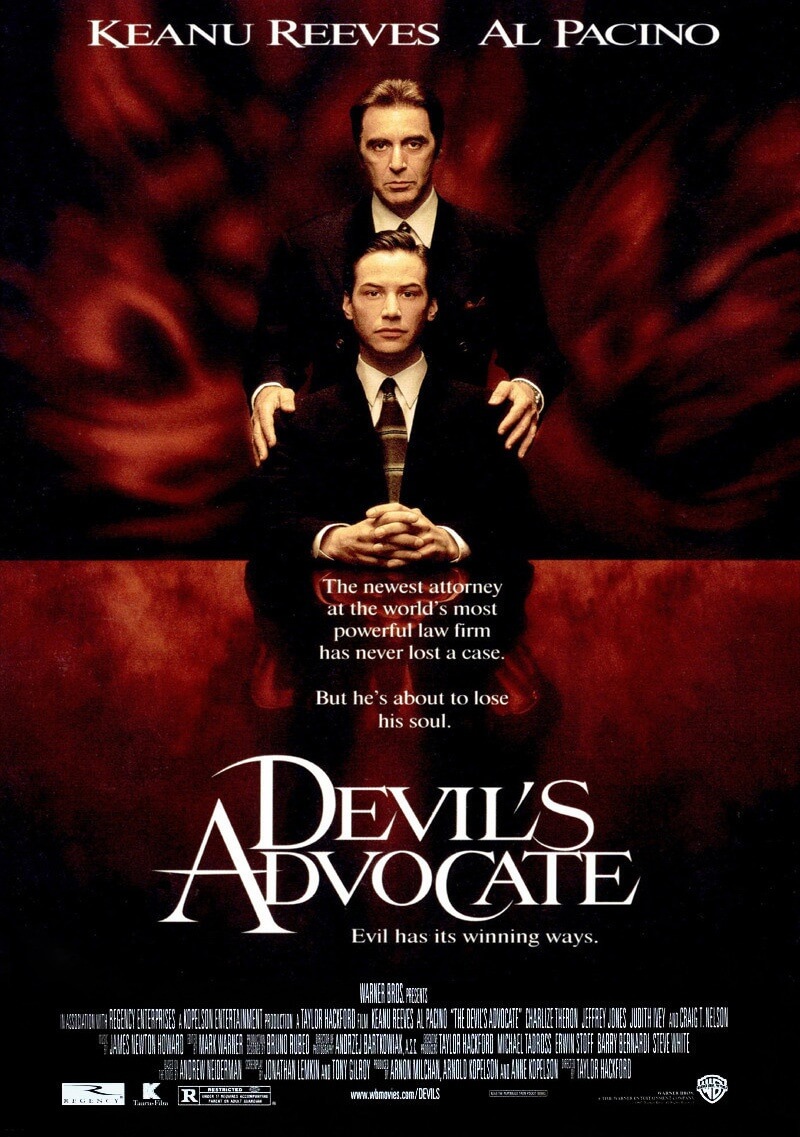 The Devil’s Advocate (marketed as Devil’s Advocate) is a 1997 American drama thriller film based on Andrew Neiderman‘s novel of the same name. It is directed by Taylor Hackford, and stars Keanu Reeves, Al Pacino and Charlize Theron.

The film’s title is a reference to the commonly used phrase “devil’s advocate“, and Pacino’s character is named after the author of Paradise Lost, John Milton.[3] The movie has some minor allusions to Milton’s epic, such as the famous quotation “Better to reign in Hell than serve in Heaven”.