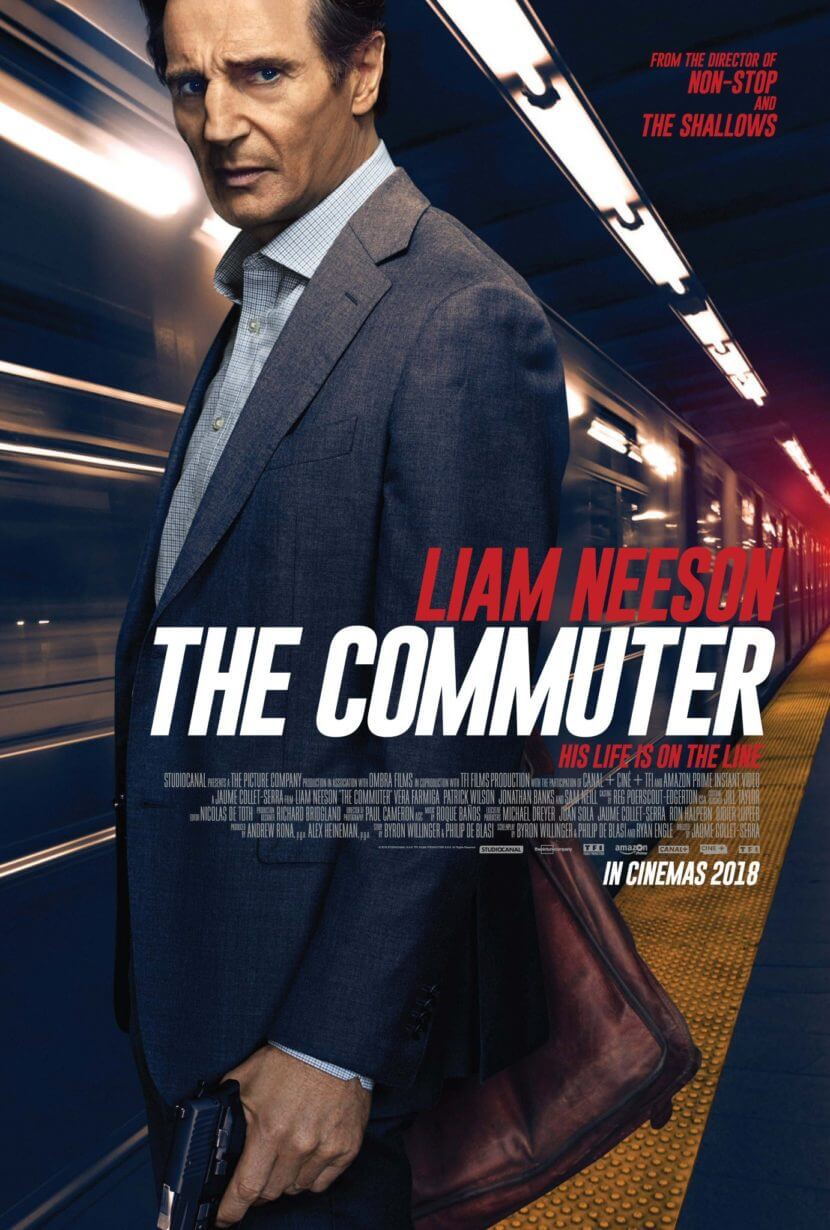 The Commuter is a 2018 French/British/American action thriller film directed by Jaume Collet-Serra and written by Byron Willinger, Philip de Blasi and Ryan Engle. The film stars Liam Neeson, Vera Farmiga, Patrick Wilson, Jonathan Banks, Elizabeth McGovern and Sam Neill, and follows a man who is unwittingly recruited into a murder conspiracy after meeting a mysterious woman while on his daily train commute.

The film premiered in New York City on January 8, 2018, and was theatrically released in the United States on January 12, 2018, by Lionsgate, and on January 19, 2018 in the United Kingdom by StudioCanal; it had a select IMAX release. The film grossed $119 million worldwide and received mixed reviews from critics, who called it similar to Neeson and Collet-Serra’s previous film, Non-Stop, but praised Neeson’s performance and the genre thrills.