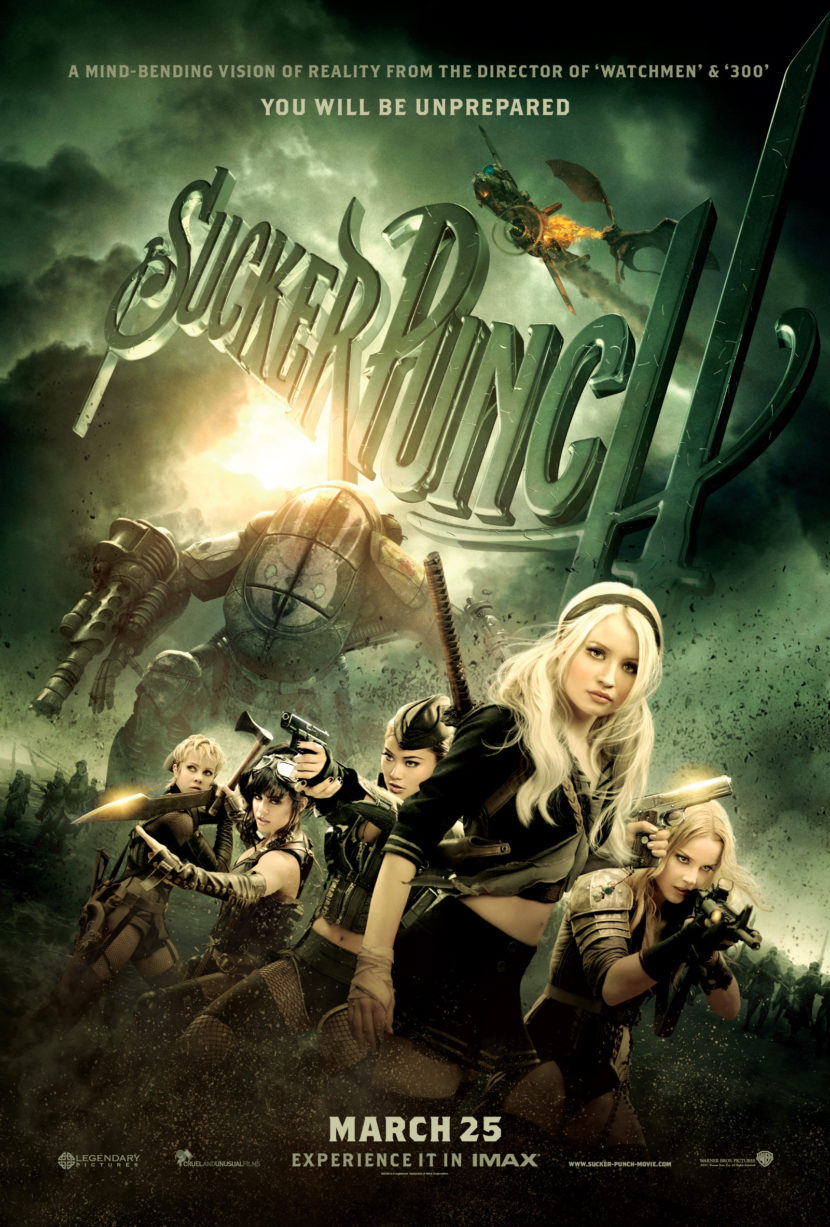 Sucker Punch is a 2011 American fantasy action film[3] directed by Zack Snyder and co-written by Snyder and Steve Shibuya. It is Snyder’s first film based on an original concept.[4][5] The film stars Emily Browning,[6] as a young woman who is committed to a mental institution. In order to cope, she envisions the asylum as a brothel and teams up with four dancers/prisoners to escape before she undergoes a lobotomy. As she collects the items she needs to escape, she enters another level of fantasy, in which the women become strong, experienced warriors.

Each fantasy is a parallel to the events in the brothel. Abbie Cornish, Jena Malone, Vanessa Hudgens and Jamie Chung portray the four prisoners imagined as dancers by Babydoll. Carla Gugino plays Dr. Vera Gorski, a psychiatrist who, in Babydoll’s mind, is known as Madame Gorski, a choreographer at the strip club. Oscar Isaac plays Blue Jones, the asylum’s orderly, who in Babydoll’s mind, is the corrupt owner of the brothel.

The film was released in both conventional and IMAX theatres in the United States at midnight on March 25, 2011.[7] The film was negatively received by critics and under-performed at the box office.[8]