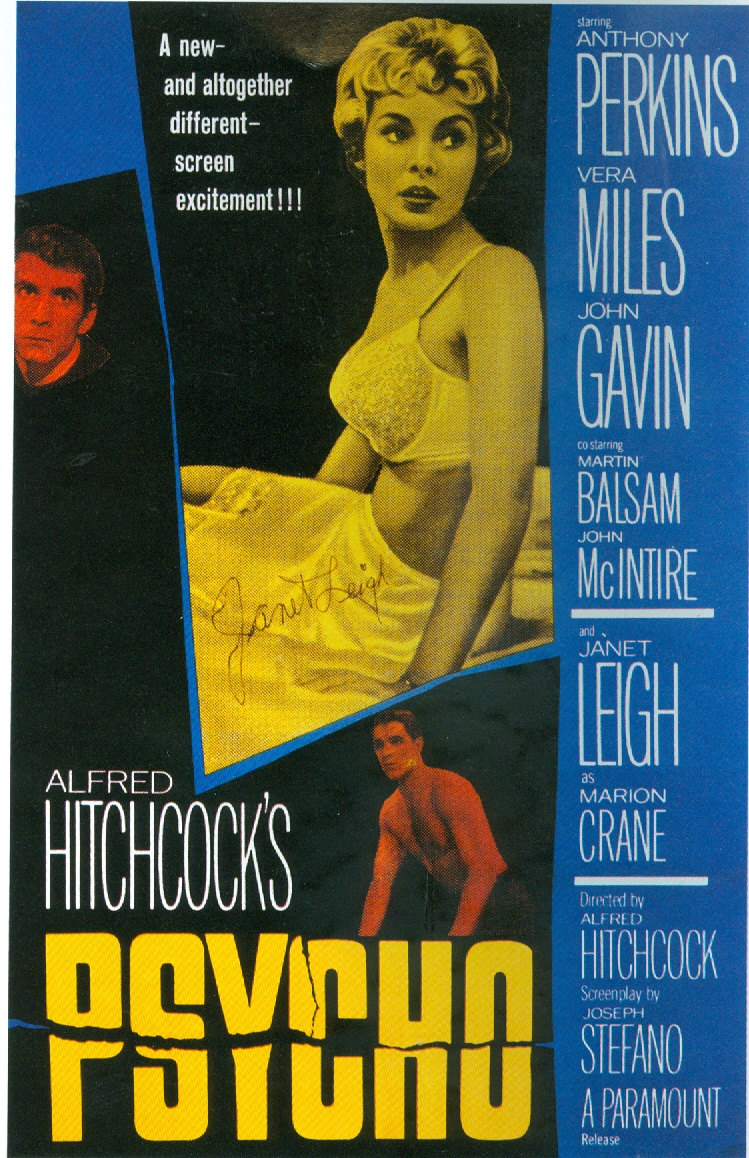 Psycho is a 1960 American psychological horror thriller film directed by Alfred Hitchcock starring Anthony Perkins, Janet Leigh, John Gavin, Vera Miles and Martin Balsam. The screenplay by Joseph Stefano was based on the 1959 novel of the same name by Robert Bloch.

The film centers on the encounter between a secretary, Marion Crane (Leigh), who ends up at a secluded motel after embezzling money from her employer, and the motel’s disturbed owner-manager, Norman Bates (Perkins), and its aftermath.[4] When originally made, the film was seen as a departure from Hitchcock’s previous film North by Northwest, having been filmed on a low budget, with a television crew and in black and white. Psycho initially received mixed reviews, but outstanding box office returns prompted reconsideration which led to overwhelming critical acclaim and four Academy Award nominations, including Best Supporting Actress for Leigh and Best Director for Hitchcock.

Psycho is now considered one of Hitchcock’s best films[5] and praised as a work of cinematic art by international film critics and film scholars. Ranked among the greatest films of all time, it set a new level of acceptability for violence, deviant behavior and sexuality in American films,[6] and is widely considered to be the earliest example of the slasher film genre. After Hitchcock’s death in 1980, Universal Studios began producing follow-ups: three sequels, a remake, a television film spin-off, and a TV series.

In 1992, the US Library of Congress deemed the film “culturally, historically, or aesthetically significant” and selected it for preservation in the National Film Registry.