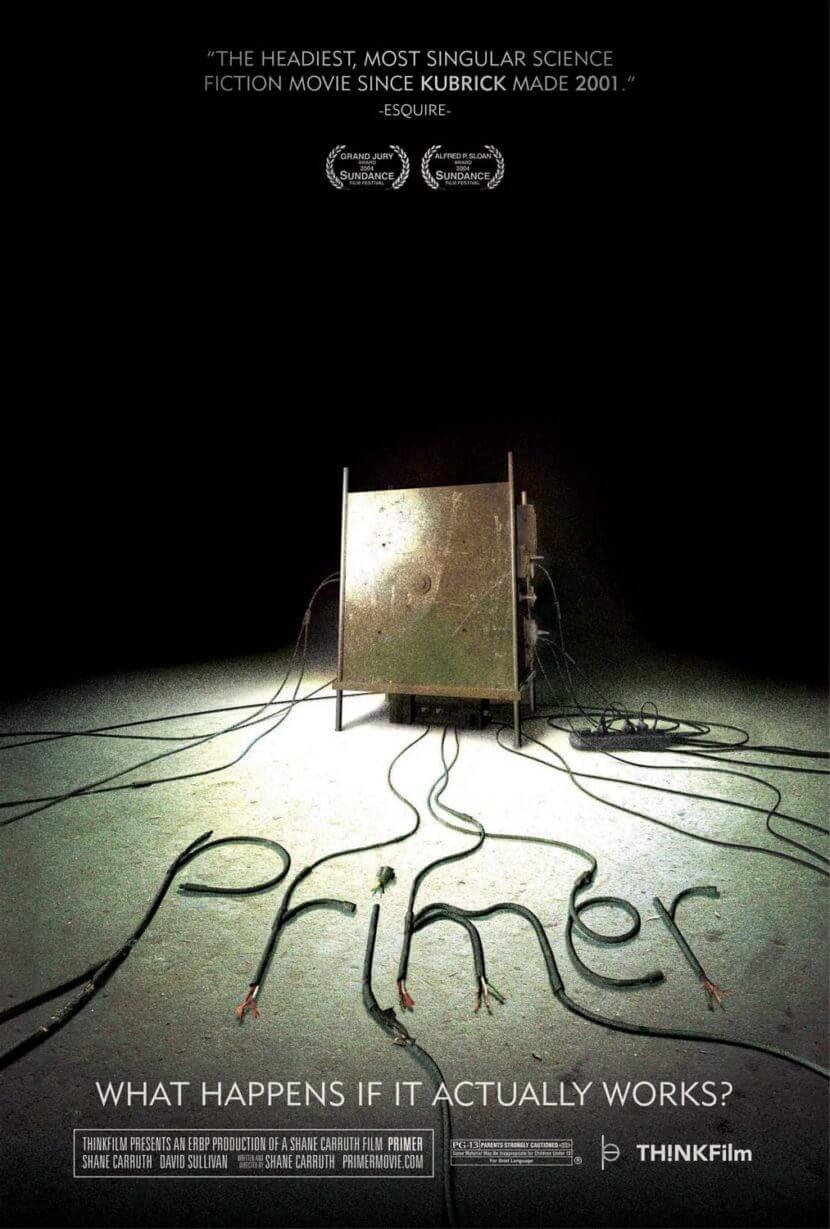 Primer is a 2004 American indie science fiction drama film about the accidental discovery of a means of time travel. The film was written, directed, produced, edited and scored by Shane Carruth, who also stars in the main role.

Primer is of note for its extremely low budget (completed for $7,000), experimental plot structure, philosophical implications, and complex technical dialogue, which Carruth, a college graduate with a degree in mathematics and a former engineer, chose not to simplify for the sake of the audience.[4] The film collected the Grand Jury Prize at the 2004 Sundance Film Festival, before securing a limited release in the United States, and has since gained a cult following.[5]