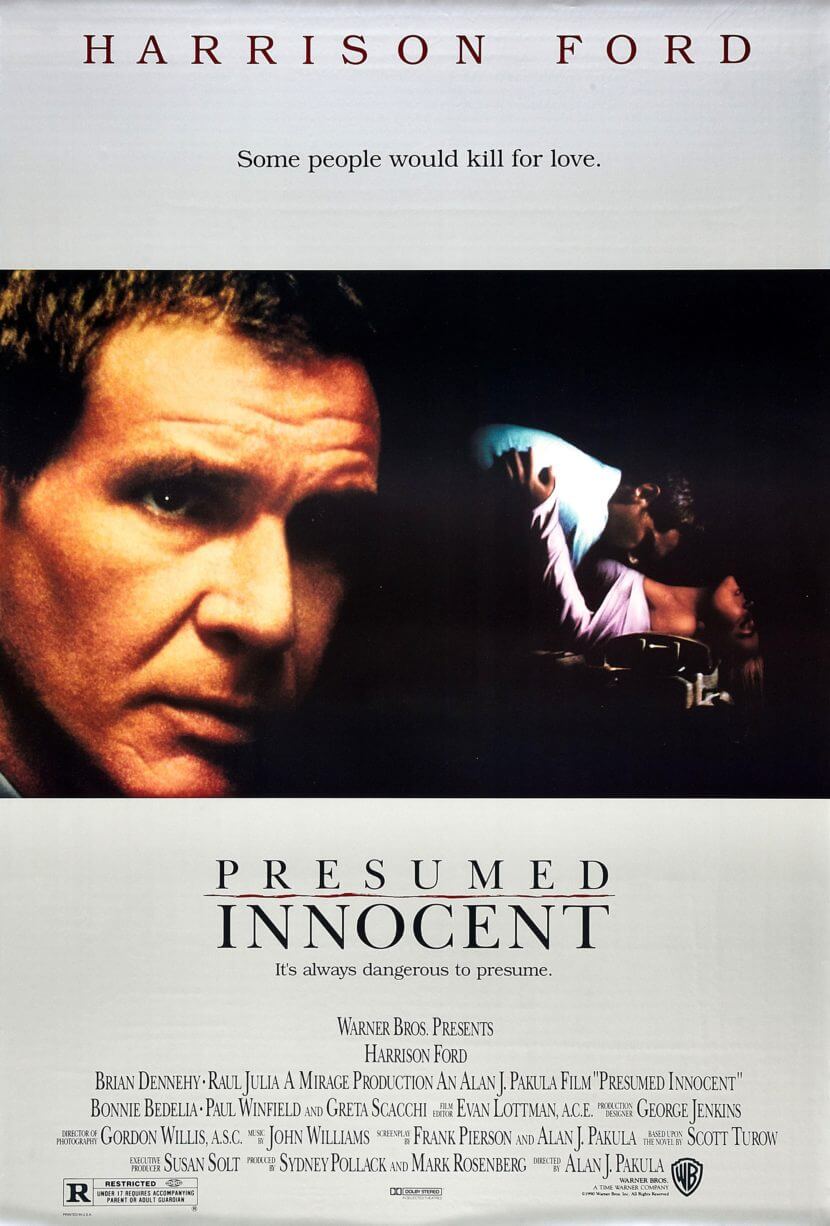 Presumed Innocent is a 1990 American legal drama film and adaptation of Scott Turow‘s 1987 novel of the same name. Directed by Alan J. Pakula, and written by Pakula and Frank Pierson, the film stars Harrison Ford, Brian Dennehy, Raúl Juliá, Bonnie Bedelia, Paul Winfield and Greta Scacchi. The story follows Rusty Sabich (Ford), a prosecutor who is charged with the murder of his colleague and mistress Carolyn Polhemus (Scacchi).

Before publication of the novel, the film rights became the subject of a bidding war among a host of established film studios and producers. Sydney Pollack and Mark Rosenberg acquired the rights in December 1986 and hired Pierson to write the script. The project continued development at Warner Bros., and Pakula was brought in to rewrite the script with Pierson before signing on as the film’s director in January 1989. On a budget of $20 million, the film’s principal photography commenced in May 1989 and concluded in October of that year. Filming took place on locations in Detroit, Windsor, Ontario, and New Jersey, and on soundstages at Kaufman Astoria Studios in New York.

Presumed Innocent held its premiere at the Fox Bruin Theater in Los Angeles, California on July 25, 1990 before being released in North America on July 27, 1990. The film has an approval rating of 86% at Rotten Tomatoes, which praised its directing, acting and writing. Presumed Innocent grossed $221 million worldwide and became the eighth-highest-grossing film of 1990. The film was followed by a television miniseries, The Burden of Proof (1992), and a television film sequel, Innocent (2011).