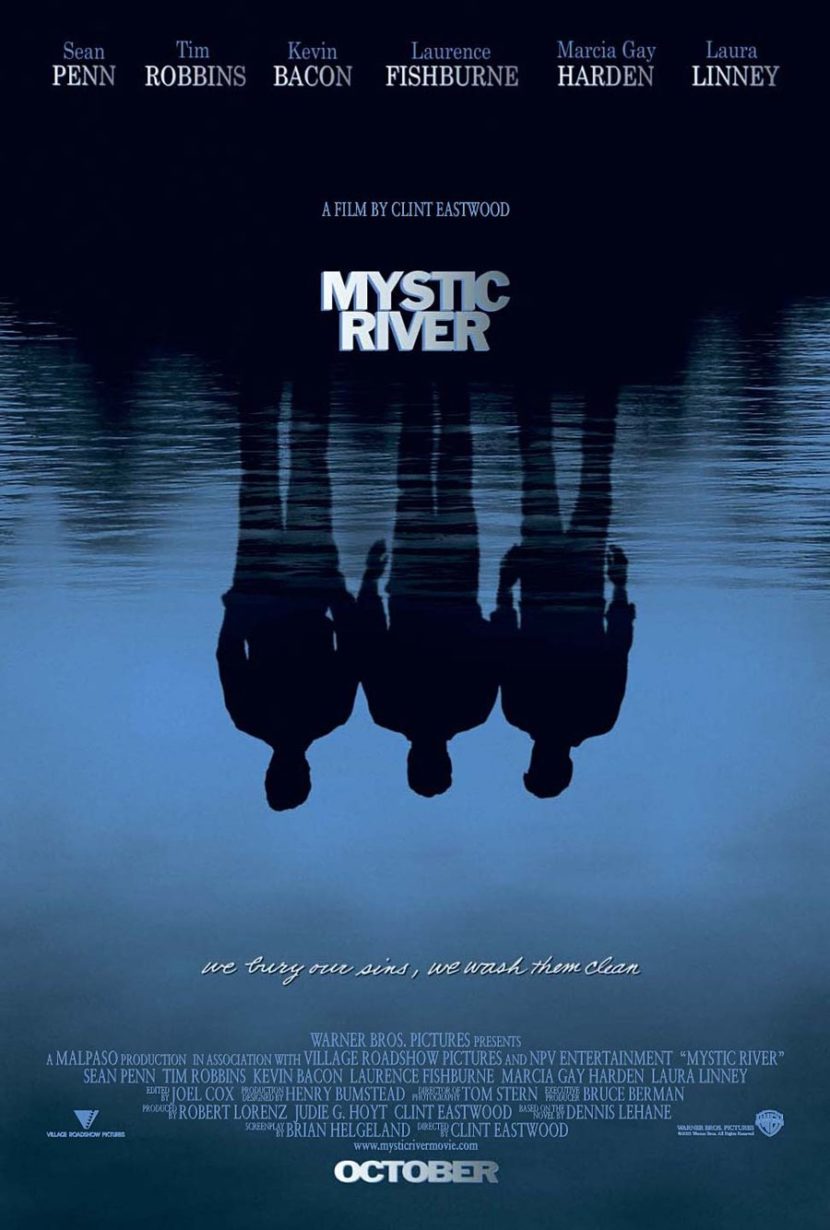 Mystic River is a 2003 American mystery drama film directed and scored by Clint Eastwood. It stars Sean Penn, Tim Robbins, Kevin Bacon, Laurence Fishburne, Marcia Gay Harden, and Laura Linney. The screenplay by Brian Helgeland was based on the novel of the same name by Dennis Lehane. The film was produced by Robert Lorenz, Judie G. Hoyt and Eastwood. It is the first film on which Eastwood was credited as composer of the score.