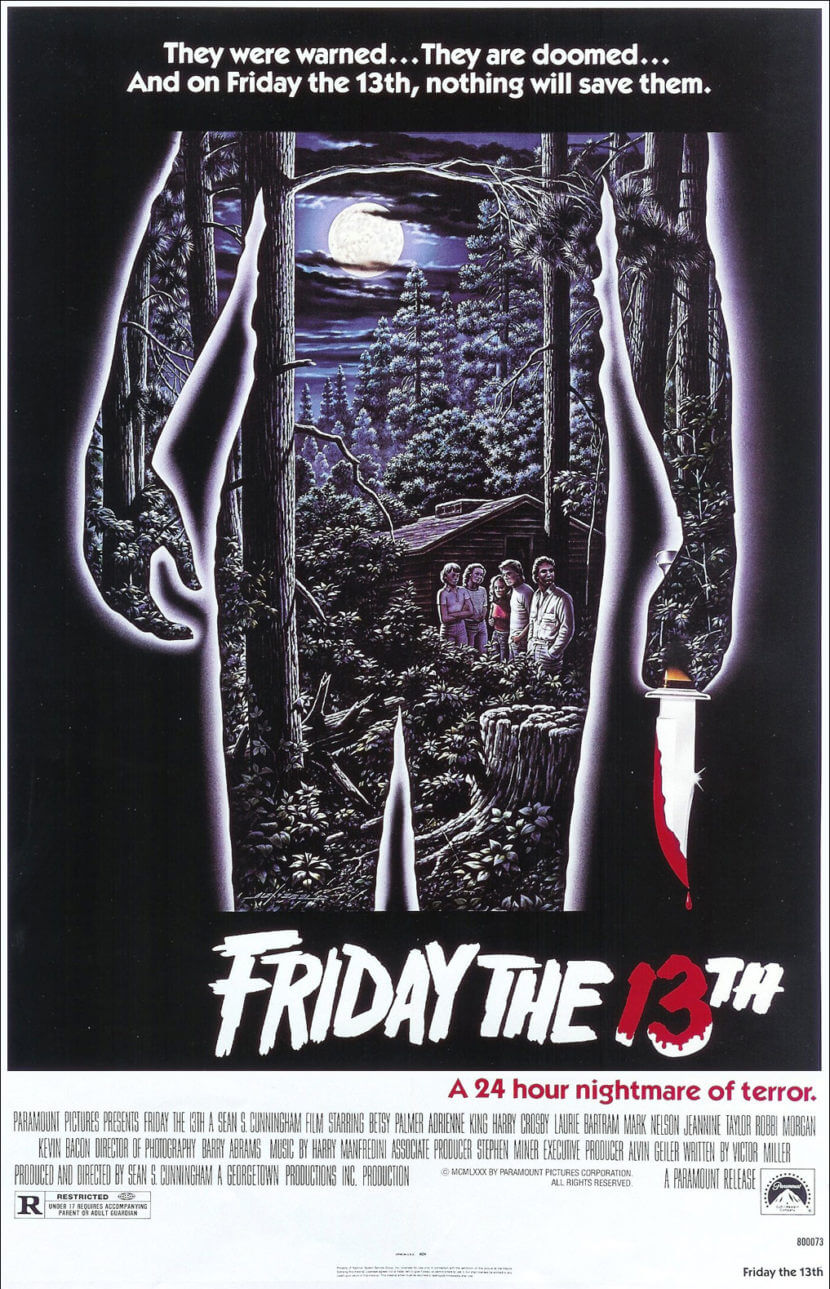 Friday the 13th is a 1980 American slasher horror film directed by Sean S. Cunningham and written by Victor Miller. The film tells the story of a group of teenagers who are murdered one by one while attempting to re-open an abandoned campground, and stars Betsy Palmer, Adrienne King, Harry Crosby, Laurie Bartram, Kevin Bacon, Jeannine Taylor, Mark Nelson and Robbi Morgan. It is considered one of the first “true” slasher movies.

Prompted by the success of John Carpenter‘s Halloween,[1] the film was made on an estimated budget of $550,000 and released by Paramount Pictures in the United States and by Warner Bros. in Europe. When originally released, the film received negative reviews from film critics. It grossed over $39.7 million at the box office in the United States.[2] In the years that followed, the film has received much more positive retrospective reviews, and it has become a cult classic. It was also the first movie of its kind to secure distribution in the USA by a major studio, Paramount Pictures.[3] The film’s box office success led to a long series of sequels, a crossover with the A Nightmare on Elm Street franchise and a 2009 series reboot.