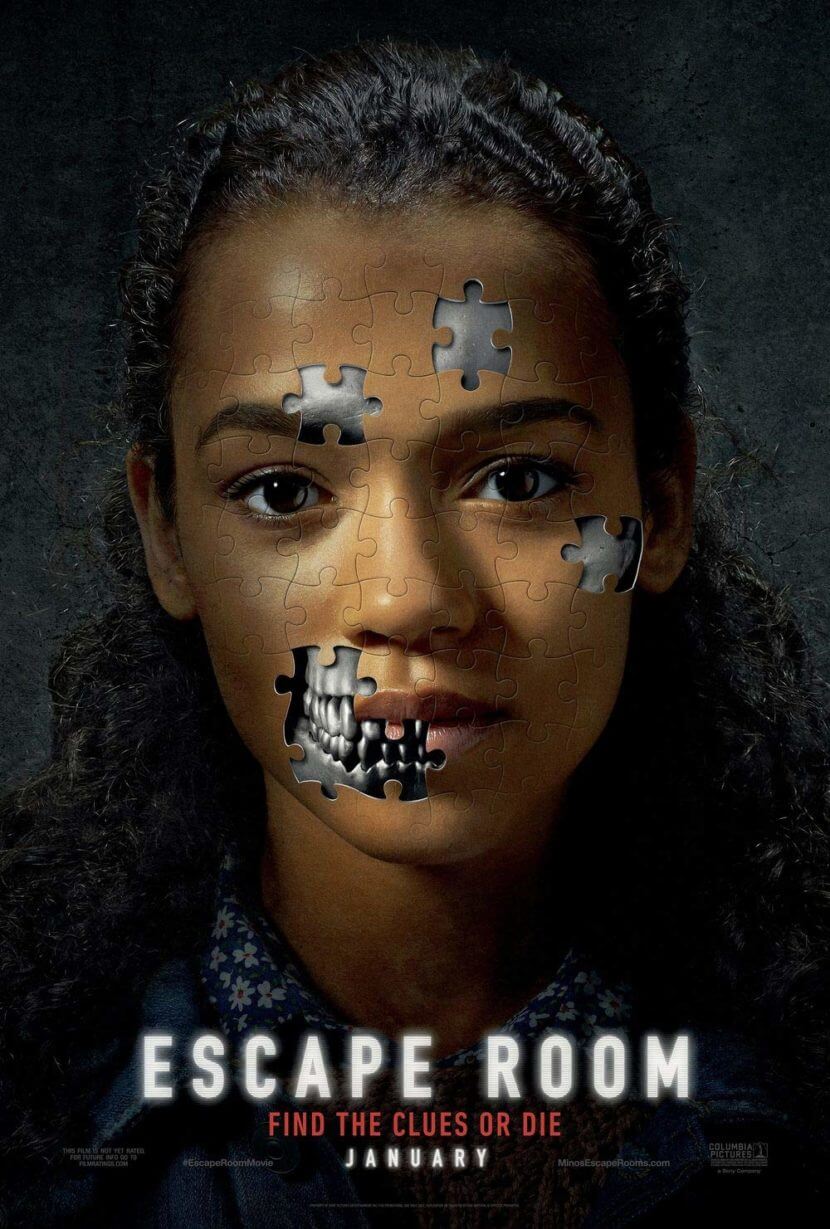 Escape Room is a 2019 American psychological horror film directed by Adam Robitel and written by Bragi F. Schut and Maria Melnik. The film stars Taylor Russell, Logan Miller, Deborah Ann Woll, Tyler Labine, Jay Ellis, Nik Dodani, and Yorick van Wageningen, and follows a group of people who are sent to navigate a series of escape rooms, only to discover that their fates are tied to whether or not they can solve the puzzles in time.

Development of the film began in August 2017, then under the title The Maze, and the casting process commenced. Filming took place in South Africa in late 2017 through January 2018.

Escape Room was released in the United States on January 4, 2019, by Sony Pictures Entertainment, and grossed over $155 million worldwide. The film received mixed reviews from critics, who praised the atmosphere and cast, but criticized the familiar plot and its failure to take full advantage of its premise. A sequel is planned for release on November 30, 2020.