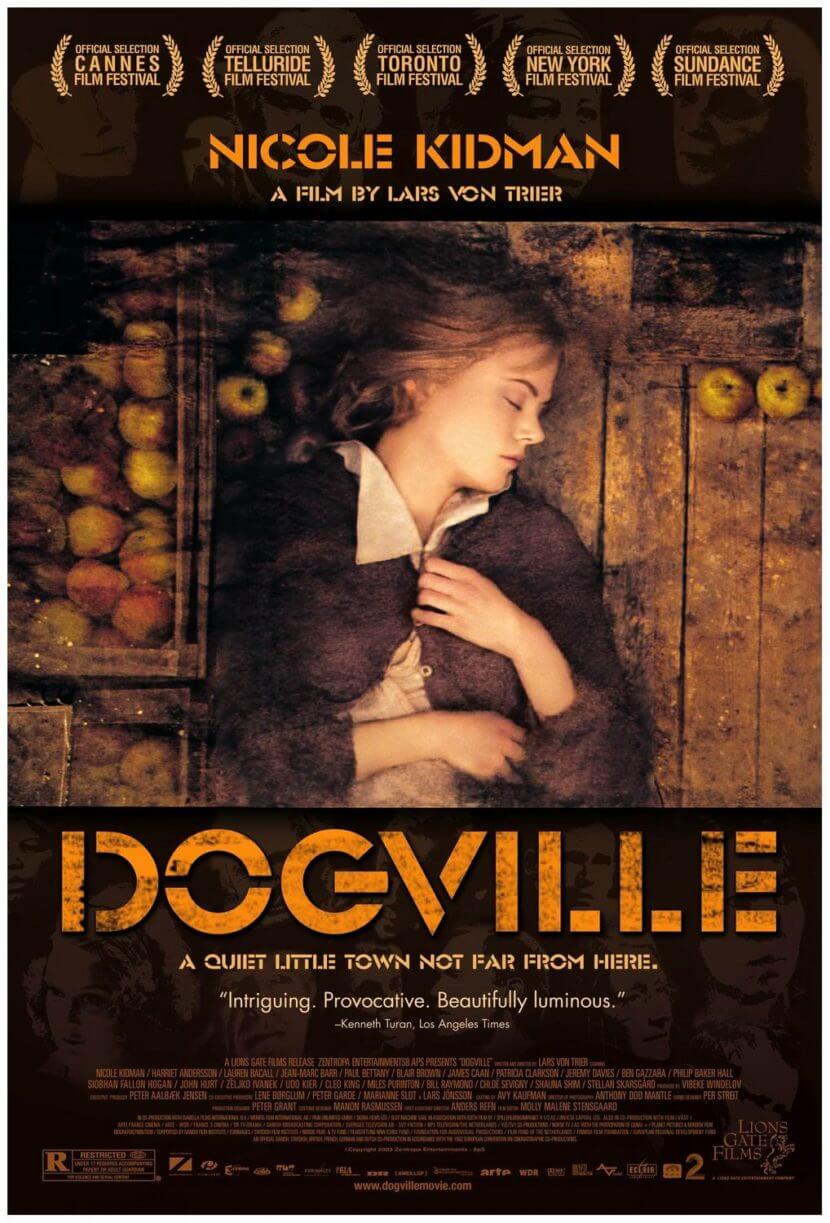 Dogville is a 2003 Danish avant-garde drama film written and directed by Lars von Trier, and starring Nicole Kidman, Lauren Bacall, Chloë Sevigny, Paul Bettany, Stellan Skarsgård, Udo Kier, Ben Gazzara and James Caan. It is a parable that uses an extremely minimal, stage-like set to tell the story of Grace Mulligan (Kidman), a woman hiding from mobsters, who arrives in the small mountain town of Dogville, Colorado, and is provided refuge in return for physical labor. Because she has to win and retain the acceptance of every single one of the inhabitants of the town to be allowed to stay, any attempt by her to have her own way or to put a limit on her service risks driving her back out into the arms of the criminals. Although she has no power in herself, her stay there ultimately changes the lives of the local people and the town in many ways.

The film is the first in von Trier’s projected USA – Land of Opportunities trilogy, which was followed by Manderlay (2005) and is projected to be completed with Washington. The film was in competition for the Palme d’Or at the 2003 Cannes Film Festival[2] but Gus Van Sant‘s Elephant won the award. It was screened at various film festivals before receiving a limited release in the US on March 26, 2004.

Dogville opened to polarized reviews from critics. Some considered it to be pretentious or exasperating; it was viewed by others as a masterpiece,[3] and has grown in stature since its initial release.