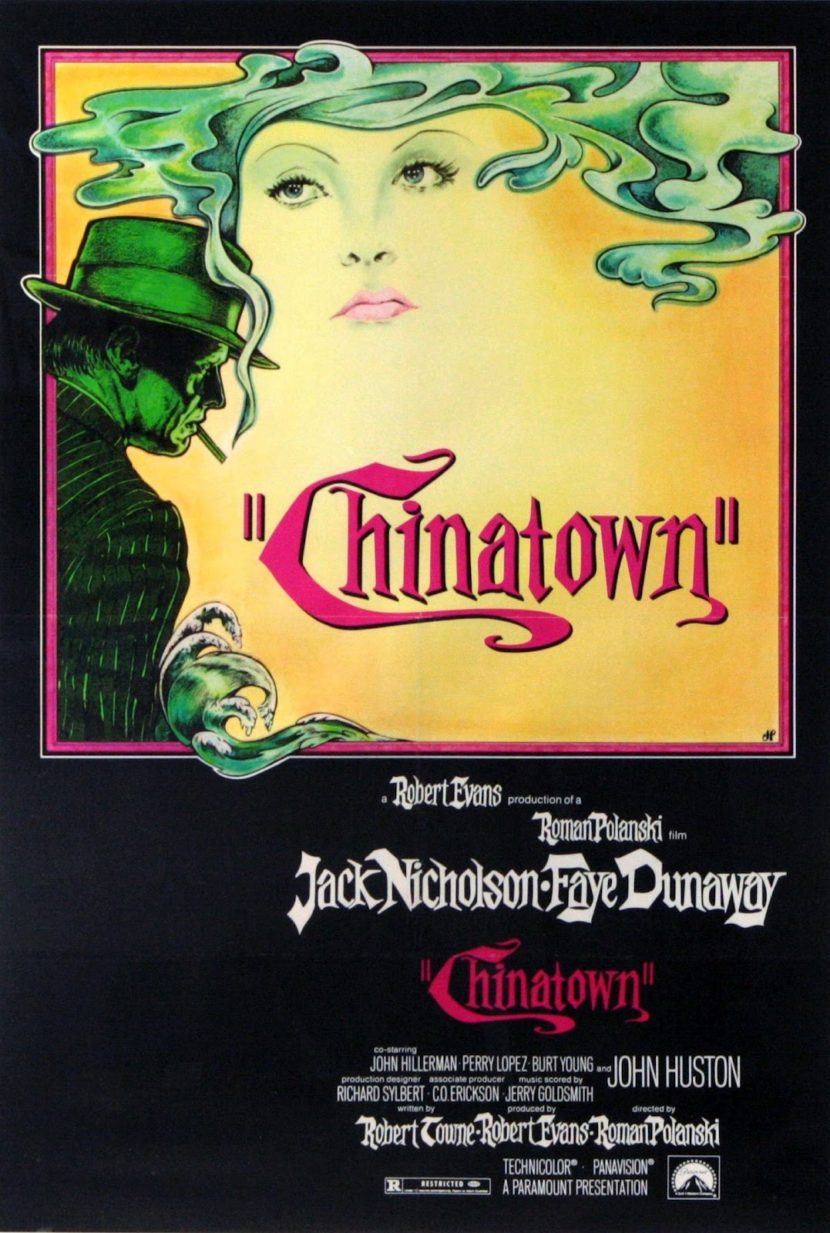 Chinatown is a 1974 American neo-noir mystery film, directed by Roman Polanski from a screenplay by Robert Towne, starring Jack Nicholson and Faye Dunaway. The film was inspired by the California Water Wars, a series of disputes over southern California water at the beginning of the 20th century, by which Los Angeles interests secured water rights in the Owens Valley. The Robert Evans production, a Paramount Pictures release, was the director’s last film in the United States and features many elements of film noir, particularly a multi-layered story that is part mystery and part psychological drama.

In 1991, the film was selected by the Library of Congress for preservation in the United States National Film Registry for films that are “culturally, historically or aesthetically significant” and it is frequently listed as among the best in world cinema.[4][5][6] The 1975 Academy Awards saw it nominated eleven times, with an Oscar going to Robert Towne for Best Original Screenplay. The Golden Globe Awards honored it for Best Drama, Best Director, Best Actor and Best Screenplay. The American Film Institute placed it second among mystery films in 2008.

A sequel, The Two Jakes, was released in 1990, again starring Nicholson, who also directed, with Robert Towne returning to write the screenplay. The film failed to generate the acclaim of its predecessor.