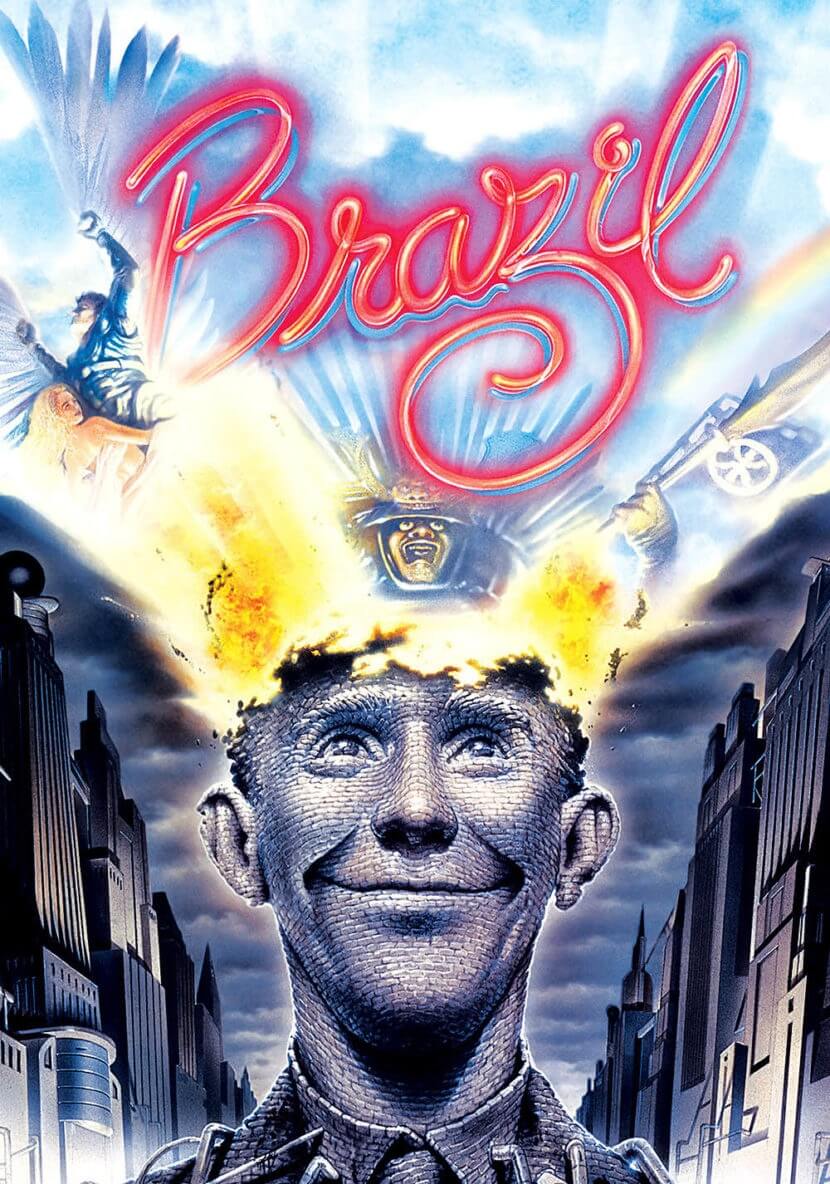 The film centres on Sam Lowry, a man trying to find a woman who appears in his dreams while he is working in a mind-numbing job and living in a small apartment, set in a consumer-driven dystopian world in which there is an over-reliance on poorly maintained (and rather whimsical) machines. Brazil‘s bureaucratic, totalitarian government is reminiscent of the government depicted in George Orwell‘s Nineteen Eighty-Four,[11][12] except that it has a buffoonish, slapstick quality and lacks a Big Brother figure.

Jack Mathews, a film critic and the author of The Battle of Brazil (1987), described the film as “satirizing the bureaucratic, largely dysfunctional industrial world that had been driving Gilliam crazy all his life”.[13] Though a success in Europe, the film was unsuccessful in its initial North America release. It has since become a cult film.

The film is named after the recurrent theme song, Ary Barroso‘s “Aquarela do Brasil“, as performed by Geoff Muldaur.[14]