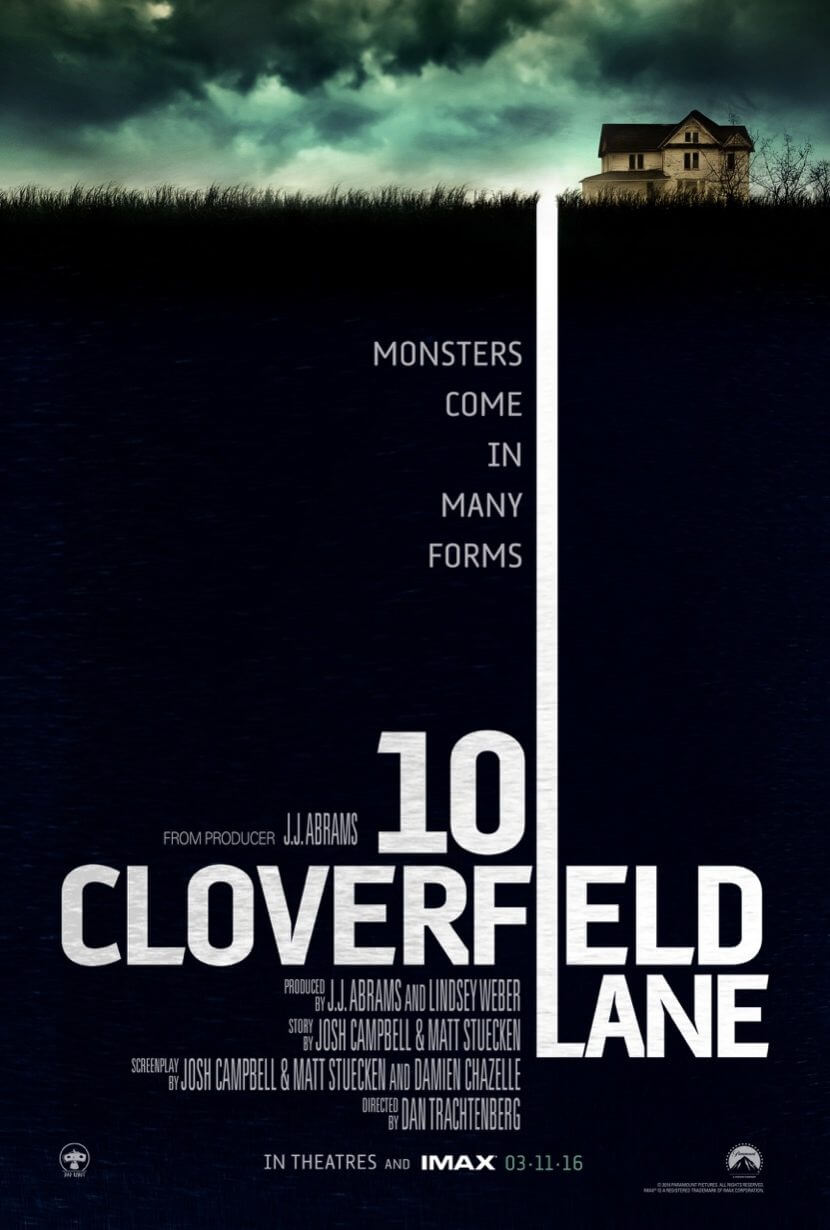 10 Cloverfield Lane is a 2016 American science fiction psychological thriller film directed by Dan Trachtenberg, in his directorial debut, written by Josh Campbell, Matthew Stucken and Damien Chazelle, and starring John Goodman, Mary Elizabeth Winstead and John Gallagher, Jr. It is the second film in the Cloverfield franchise. The film was developed from a script titled The Cellar, but under production by Bad Robot, it was turned into a spiritual successor of the 2008 film Cloverfield. The film follows a young woman who is held in an underground bunker with two men who insist that a hostile event has left the surface of the Earth uninhabitable. The film is presented in a third-person narrative, in contrast to its predecessor’s found footage style.

10 Cloverfield Lane was released in the United States on March 11, 2016[5] in conventional and IMAX theaters. The film received positive reviews from critics, with many praising the performances of the cast, as well as the film’s tense and suspenseful atmosphere.